The Odd Link Between the NSA And Abortion

Now relocated from weekend mornings to weeknights, Chris Hayes continues his run as the best talk show host on MSNBC.  With a peculiar attraction to principle over personality, he may be heard veering from the company line on President Obama.

And so it was that Hayes recently appeared on the network's NOW with Alex Wagner (who herself contributes a powerful insight every year) to discuss (video below) the NSA spying scandal.  Wagner noted that the Pew Research Center found that in 2006 37% of Democrats and 75% of Republicans "accepted" the NSA surveillance program.  But by 2013, a radical shift had occurred: 64% of Democrats accepted the program while a lesser number, 52%, of Republicans supported it. In Twilight of the Elites, Wagner noted, Hayes had written "Because we cannot investigate and verify the millions of bits of knowledge that float through our lives, we outsource the vast majority of screening it all to others."   He explained to the MSNBC audience

What accounts for the change is people don't have a lot of information to operate on.  I mean we don't know much about this massive secret thing- that's why it's called secret.  And so what they do is they take cues from people they trust. And they say "you know what, I trust the Democratic Party or I trust Barack Obama."


To which I would add one word:  abortion.  The 2012 Democratic Party platform- not unlike that in previous years read-

The Democratic Party strongly and unequivocally supports Roe v. Wade and a woman's right to make decisions regarding her pregnancy, including a safe and legal abortion, regardless of ability to pay. We oppose any and all efforts to weaken or undermine that right. Abortion is an intensely personal decision between a woman, her family, her doctor, and her clergy; there is no place for politicians or government to get in the way.

The Republican Party platform, by contrast, in 2012 included

Faithful to the "self-evident" truths enshrined in the Declaration of Independence, we assert the sanctity of human life and affirm that the unborn child has a fundamental individual right to life which cannot be infringed. We support a human life amendment to the Constitution and endorse legislation to make clear that the Fourteenth Amendment's protections apply to unborn children. We oppose using public revenues to promote or perform abortion or fund organizations which perform or advocate it and will not fund or subsidize health care which includes abortion coverage. We support the appointment of judges who respect traditional family values and the sanctity of innocent human life.

As the charts (way below, from the St. Louis Fed via Business Insider) below indicate, corporate profits are at an all-time high and wages as a percent of the economy are at an all-time low.  Corporate taxes (graph, from The Economist, way below) as a share of all taxes continue their downward trend and are at a near all-time low.   A Wall Street Journal analysis found that after the recession nearly 75 percent of all jobs created by 35 U.S. multinationals were created overseas.

Meanwhile, the Supreme Court unleashed nearly unfathomable amounts of corporate cash upon the American political process in ruling for the rich and powerful in Citizens United. One of the more subtle results was described last September by Mike Lux in The Huffington Post:

I have begun having conversations with members of Congress on a regular basis who are factoring into their voting decisions the awareness that if they piss off a big money special interest, they will have to contend with a huge amount of cash -- hundreds of thousands, even millions -- being dumped into their race. Because so much of the money is not reported, they don't know for sure when it might come or if it will come, but the fear of making someone with a bunch of money mad is so much bigger than it used to be. Because the amounts being thrown into these races are so much bigger than they used to be, and because so much more of the money is secretive, the fear factor has grown exponentially.

Two decades after President Bill Clinton promised to "end welfare as we know it," Americans blame government handouts for persistent poverty in the United States more than any other single factor, according to an NBC News/Wall Street Journal poll released Thursday.

Given a list of eight factors and asked to choose the one most responsible for the continuing problem of poverty, 24 percent of respondents in the poll chose "too much government welfare that prevents initiative."

Progressives long have been concerned that so many middle-class, and not a few of the (non-minority) poor whose interests coincide more with the liberal policies and with the Democratic Party than with the Repub Party, nevertheless support conservative causes and candidates.    It is the abiding theme of Thomas Frank's What's the Matter with Kansas?, which in turn inspired Joan Walsh's unfortunately titled What's the Matter with White People? and so much of the critique by the populist left of American politics.

Now, Chris Hayes, making sense of Democrats opposing spying by the Bush Administration and favoring it in the Obama Administration- while Republicans do a reverse flip- provides a partial explanation for this phenomena. You know what, I trust Barack Obama or I trust the Democratic Party.

The obverse- to an even greater degree- is true of Republicans and conservatives.  So you have a Michelle Bachmann claiming the IRS "is going to be in charge of our health care;" that "scientists tell us that we could have a cure in 10 years for Alzheimer's" except for "overzealous regulators, excessive taxation and greedy litigators;" that the federal government is "taking ownership or control of 51 percent of the American economy;" that of every "three dollars in food stamps for the needy, seven dollars in pensions and benefits (go to) the bureaucrats who are supposed to be taking care of the poor."  Big government, regulation of the private sector, income taxes, govenment employees, lawyers who take on corporations, these are some of the right's emotional G-spots Bachmann has exploited; other Repubs have slammed the poor, unions, the minimum wage.

And many working-class and middle-class conservatives, who ought to be aggravated by the economic destruction wrought by Republicans as they please their corporate masters, soak it up.  They buy it because Bachmann and other conservatives have purchased their trust by their determined opposition to reproductive freedom.   Say, as she has and others have implied, "I am 100 per cent pro-life" and "believe in moving toward and promoting a culture that values and respects the sanctity of life" and you've bought a lot of credibility with pro-life persons on matters completely unrelated to reproductive freedom.

As it is with abortion, so it is with NSA spying.   Just as most Democrats (foolishly) trust President Obama, pro-life Republicans (foolishly) trust pro-life politicians and their party on a whole range of issues.  Partisans on both sides, though, need to consider Digby's words "I think the one thing we might want to ensure people know is that these government agencies exist outside 'our guy' and 'their guy.' Presidents come and go but the NSA is forever." 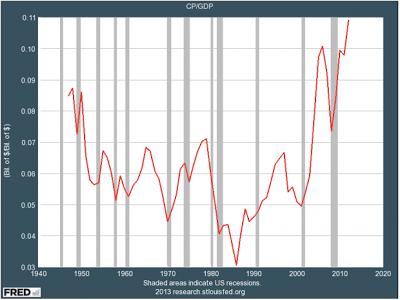 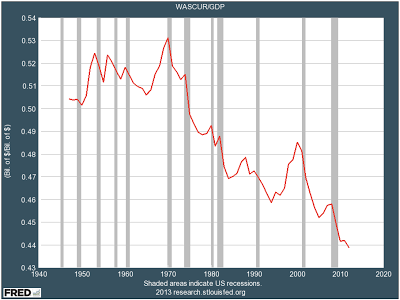