Not Bliss, But Something Else

Sometime between admitting he likes to "fire people" and criticizing the 47% of the populace he says "are dependent upon the government, believe they are victims," Mitt Romney in January, 2012 complained about Barack Obama allegedly practicing class warfare. Asked whether there are "fair questions about the distribution of wealth without it being seen as envy," vote fraudster Romney replied "I think it's fine to talk about those things in quiet rooms and discussions about tax policy and the like.  But the president has made it part of his campaign rally."

It may be true, but we wouldn't want the poor and the elderly and the middle class and all the other degenerates to hear about it, would we? 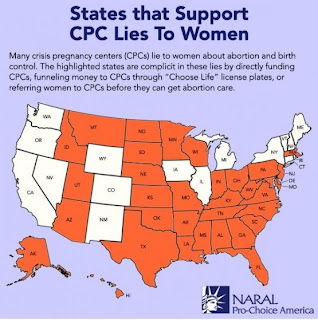 Abortion serves as a litmus test for conservatives.   But the GOP flavor of the month, in the party's effort to divert attention from comprehensive immigration reform, is the Affordable Care Act.   In June, after being threatened by Republican congressional leaders, the National Football League declined a request from the Department of Health and Human Services to join in its effort to inform Americans of provisions of health care reform, denying consumers the opportunity to learn of their options.

The GOP remains the anti-science party.  It's hard to believe that educated individuals with an I.Q. over 60 or 70 could really honestly think that climate change is "speculation," not "fact."  And in all likelihood, they don't believe that.

Keeping the American people in the dark, shielding them from valuable information- or, in the case of abortion, lying to them- is a Repub trademark.   And so in New Jersey, (barely reported) criticism of Governor Chris Christie's Stronger than the Shore ad campaign (funded by federal relief funds) has arisen. A few days ago the Philadelphia Inquirer reported

Hurricane Sandy victims told members of the New Jersey Legislature during a session here Thursday that they have grown weary of "Stronger Than the Storm" ads, and are exhausted by months of futile attempts to seek assistance in repairing and holding on to their storm-ravaged homes.

"I haven't seen one billboard or ad that tells people exactly how they can be stronger than the storm. . . . So many people still don't know where to go for help," said Staci Berger, executive director of the Housing and Community Development Network of New Jersey. Berger testified before the Joint Senate and Assembly Environment Committee about the hundreds of Shore homeowners her agency has been trying to assist since the Oct. 29 storm.

The session was held at the Atlantic City Convention Center so legislators - among them State Sen. James Whelan (D., Atlantic) and Assemblywoman Holly Schepisi (R., Bergen) - could hear about the status of rebuilding efforts at the Shore.

And that status, nearly 10 months after the horrific storm created $38 billion in damage in New Jersey, is: Not so great.

Officials say thousands of New Jersey residents still have not been able to return to their homes, while thousands more joined the unemployment rolls as some businesses remain shuttered after the storm trounced the state. Others are on the brink of losing their properties to foreclosure because some banks and insurance companies refuse to offer assistance while residents get back on their feet.

So many people still don't know where to go for help, stated the director of a statewide association dedicated to helping victims of the hurricane which has proven a boon to Chris Christie's celebrity.

Of course not.  If billboards actually informed residents of the state, New Jerseyans would know where to go for help. That is not their purpose.

Growing class division and diminished socio-economic mobility.  The safety of abortion.Climate change. Hurricane relief.  They're part of an effort to keep individuals in the dark.   We may be witnessing contempt for the American people, an effort to skew the public debate on various issues in their direction, or a piece of a random pattern.   But we do know, as did Albert Camus, "le mal quiest dans le monde vient presque toujours de l'ignorance."