For conservatives, there are many boogeymen, whether in the field of entertainment, media, or politics, Hillary Clinton and Nancy Pelosi being the most obvious in the latter. For liberals and progressives, too, there is a range of highly-disliked individuals, including Tucker Carlson, Ben Shapiro, Meghan McCain, Marjorie Taylor Green, and hundreds of others.

In the vast majority of instances, it's impossible to confirm their sincerity because there are so many reasons, which may include a lust for financial well-being, attention, or political ambition, Elise Stefanik being the most obvious of the last. Typically, a right-winger does not say or do something reprehensible primarily out of stupidity.

Nonetheless, some individuals are well-meaning, which should lead one to ask: are you actually serious? That's a reasonable question to pose upon reading a tweet from a serious, otherwise thoughtful writer at The Intercept:

The fact the last two mass shooters were 18 years old exactly makes me concerned about the psychological impact of the years of lockdown on many who were children at the time. At least one of them spent two teenage years getting completely radicalized at home online.

The fact the last two mass shooters were 18 years old exactly makes me concerned about the psychological impact of the years of lockdown on many who were children at the time. At least one of them spent two teenage years getting completely radicalized at home online.

Print journalist turned MSNBC host Mehdi Hasan responded "the dark irony: the lockdowns were the only time we didn't really have any mass shootings in schools in this country!"

Severe restrictions would have been more accurate. American citizens never experienced a lockdown- confinement to a particular place- during the pandemic.  In no state was there a lockdown and in Texas, headed by a right-wing governor and state legislature, restrictions were less than in most. People would howl- beyond anything we heard- if officials in any state had imposed anything even approaching a lockdown. That would be mainland China.

Calling restrictions, even significant one, a "lockdown" has been stretching the meaning of the word well beyond its original meaning.  If conservatives- as is quite plausible- intentionally had decided to invoke the term "lockdown" and propagate its use, they couldn't have chosen a more effective messaging strategy.

Hussain fell into the trap of using the word, as did Hasan, neither of whom anyone would consider a conservative.  Additionally, Hussain didn't consider that Salvador Ramos appears to have been a loner and high school dropout.

The proposition that closing schools even helped create mass murderers is a very dubious notion. Ramos bought on his 18th birthday two AR-15 firearms, military-grade weapons which likely gave police pause to confront him.  It appears he did so without a permit because in September 2021 Governor Abbot signed a bill rescinding a permit requirement. And shortly before that the governor had signed into law a measure allowing carrying without a permit.

There are many possible reasons for mass slaughter in the USA. Here are three: guns, guns, guns. Also, this: 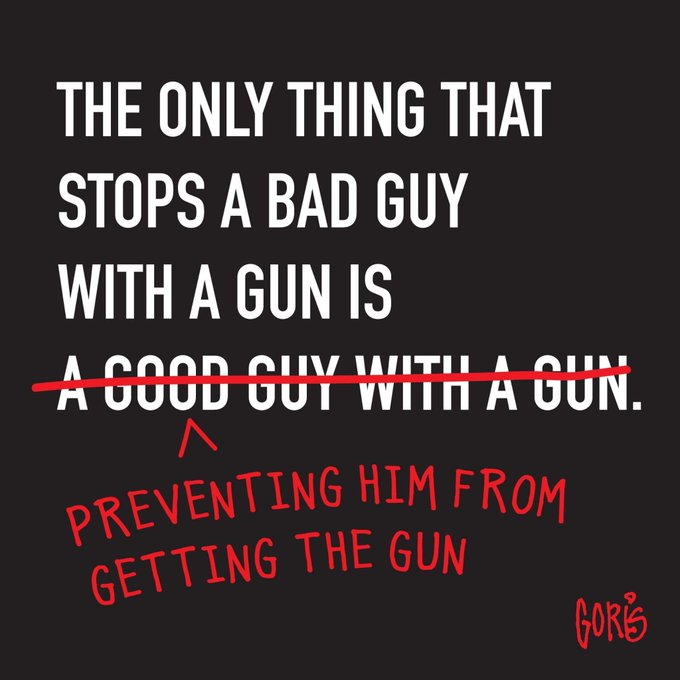