There has been a misunderstanding. Some of its is intentional, some unavoidable, probably some due to the 'fair and balanced' obsession of our President.

It is, of course, President Barack Obama who pleased virtually everyone (honestly) when in his speech at the memorial in Tucson he commented (transcript here)

But at a time when our discourse has become so sharply polarized, at a time when we are far too eager to lay the blame for all that ails the world at the feet of those who happen to think differently than we do, it's important for us to pause for a moment and make sure that we're talking with each other in a way that -- that heals, not in a way that wounds....

And if, as has been discussed in recent days, their death helps usher in more civility in our public discourse, let us remember it is not because a simple lack of civility caused this tragedy -- it did not -- but rather because only a more civil and honest public discourse can help us face up to the challenges of our nation in a way that would make them proud.

The remark had something for both sides: conservatives eager to deny any responsibility for the climate of violence, liberals pointing to the need for "a more civil" discourse in the public square. But it was, on balance, little more and no less than a call for "civility."

Well, that's the question. The theory is -- the theory is that this call for civility in fact an effort to silence critics who -- let me just finish the theory -- this is from this article -- the theory is -- other conservatives have said this -- that they're trying to silence Republicans or conservatives or Tea Party people who have been -- who have been successful in winning back control of the House, winning back more seats in the Senate, and they're worried about how successful they might be in 2012.

Colmes then took the bait, understandable inasmuch as the President has already set the terms of the debate, on Republican ground.

The issue is not one of "civility." Once one obsesses about civility, GOP politicians and pundits, wallowing in their "fair and balanced" mode, can plausibly claim: they all do it.

And a lot of Democrats, especially non-politicians on the far left, have been un civil. Many of us are uncomfortable sitting around a circle, holding hands (at other times wringing them), and asking if we can be friends. Rhetoric may not be civil; it ought, however, not be violent.

And by the way, nobody`s told them to, quote, unquote, "shut up." People have said, Stop talking about guns and raising the heat level about guns and your hatred of elected officials because somebody`s going connect those two issues, guns and how much they hate a politician. We know one guy did. No evidence he was politically inspired, but we know he shot a politician. We know he shot a lot of other people at a political event. And we know what else? He used a gun. I`m sorry, it`s related.

In January, 2010, before Sharron Angle became the Repub nominee for U.S. Senator from Nevada, she was interviewed by a right-wing talk show host and warned

You know, our Founding Fathers, they put that Second Amendment in there for a good reason and that was for the people to protect themselves against a tyrannical government. And in fact Thomas Jefferson said it's good for a country to have a revolution every 20 years.

I hope that's not where we're going, but, you know, if this Congress keeps going the way it is, people are really looking toward those Second Amendment remedies and saying my goodness what can we do to turn this country around? I'll tell you the first thing we need to do is take Harry Reid out.

I want people in Minnesota armed and dangerous on this issue of the energy tax because we need to fight back. Thomas Jefferson told us, having a revolution every now and then is a good thing, and the people — we the people — are going to have to fight back hard if we’re not going to lose our country. And I think this has the potential of changing the dynamic of freedom forever in the United States.

Not to be outdone- he is never outdone- Glenn Beck on June 10, 2010 himself warned (FOX News transcript here)

I will stand against you and so will millions of others. We believe in something. You in the media and most in Washington don't. The radicals that you and Washington have co-opted and brought in wearing sheep's clothing — change the pose. You will get the ends.

You've been using them? They believe in communism. They believe and have called for a revolution. You're going to have to shoot them in the head. But warning, they may shoot you.

Second Amendment remedies, armed and dangerous, shoot them in the head. These are not "a simple lack of civility" cited by the President but something beyond, and more threatening.

None of this may have influenced an apparently unstable individual who spent weeks checking out websites "covering lethal injection, solitary confinement and political assassinations" and proceeded to try to assassinate a Democratic congresswoman at a political rally. But it's not mainly uncivil, rude, hurtful, or hateful. It is mainly violent, a distinction seemingly lost on the President and Republicans alike. 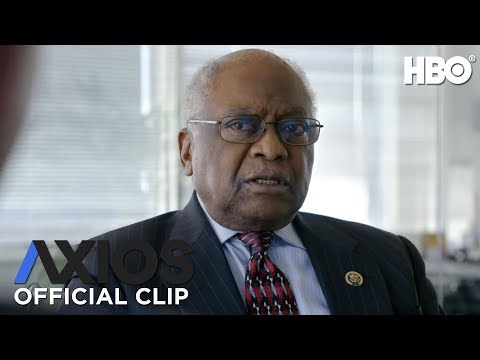