In a splendid application of a straw man argument, Rush Limbaugh on Thursday claimed

Little white lies actually help promote the concept of happiness and so forth. So here's Obama raising taxes and I got stories: Yeah, it's amazing, 57% of the American people it's a good idea! Just like that. Americans want their taxes raised. What's funny is that Obama doesn't believe it. He doesn't believe that people want their taxes raised. He made a joke about it in the speech, and yet his minions in the media go ahead and run the story for him based on a fake poll.

Clearly and inarguably, the President in his budget speech (transcript here) was referring to increasing taxes for the wealthy, and only the wealthy:

And here's the thing: I believe that most wealthy Americans would agree with me. They want to give back to their country, a country that's done so much for them. It's just Washington hasn't asked them to.

But it would be politically incorrect and tactically suicidal for the GOP to attack the President for wanting to decrease taxes for the middle class and increase them for the wealthy. Last week, CNN's Ali Velshi asked Stephen Moore of the Wall Street Journal editorial board and supply-side worship why "we continue to hear from conservatives that this is not a revenue issue? It seems like there's a lot of cover for wealthy Americans going on on the part of the conservatives?"

Moore offered the standard conservative response, claiming "Well, Ali, I think you just answered your own question. The problem isn't that people aren't paying enough taxes, it's too many people are getting government checks."

Yes, these pesky old people collecting Social Security and Medicare are just so annoying. Especially when the Social Security trust fund can take in more than it pays out, making it so convenient for the federal government to borrow from it to pay for the wars Republicans avoid paying fo,r so we can drop taxes on the wealthy. Worse yet, the elderly vote, so they are not comfortably ignored.

Neither the Democratic politicians nor the "professional left" (which bothered a former presidential chief of staff) is arguing that "people aren't paying enough taxes." (The traditional media- which also generally wants entitlements cut- is another matter.) When the President pledges (not entirely credibly) to block another extension of tax cuts for the particularly fortunate, and them alone, he knows that the overall (federal, state, and local) tax (of all types) burden is the lowest it has been in over half a century and is now a mere 14.8% of GDP, the lowest since 1950. But as the chart below (from the Congressional Budget Office and the Internal Revenue Service) indicates, the top 400 households in income have been getting the better of the deal. It's not surprising, then, that "between 1992 and 2007, a time in which income for the average household and top one percent grew 13% and 123%, respectively, the income for the top 400 households grew fully 399%." 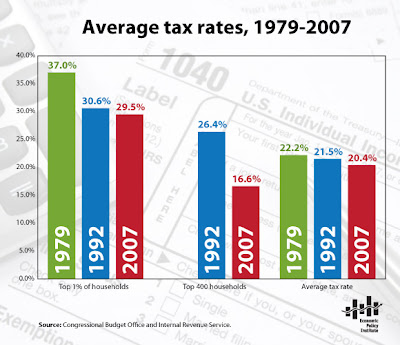 Accusing Obama of "raising taxes" and Americans of "wanting their taxes raised" (Limbaugh) or of Democrats believing "people aren't paying enough taxes" (Moore) is a charge curiously made by conservatives, many of whom themselves believe the middle class isn't paying enough. Curtis Dubay, senior tax policy analyst at the rightist Heritage Foundation (Rush Limbaugh's favorite think tank- it's easy to understand why) speaks for many of them when he whines (in 2010) "We have 50 percent of people who are getting something for nothing."

Obviously, most of the folks fiscal conservatives think of as parasites are paying payroll and/or other taxes. That aside, consider: these ideologues are upset that many middle class Americans do not have to pay any income tax. Democrats and liberals have their faults, but at least they are not heard complaining about people of modest means getting a break. 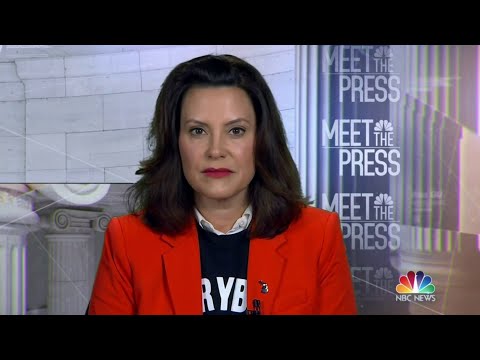