It's All In The Game

Income taxes rose for everyone at midnight New Years Eve/New Years Day and then, almost instantaneously, fell as Congress approved the fiscal slope deal.  Though candidate and President Obama vowed to raise the rates for household incomes above $250,000, he eventually settled with the GOP for $400,000- and declared victory, albeit in his standard understated way.

Also declaring victory (though not so understated), ironically, was Americans for Tax Reform founder, director, lobbyist and chief spokesperson Grover Norquist.  He tweeted “The Bush tax cuts lapsed at midnight last night. Every R voting for Senate bill is cutting taxes and keeping his/her pledge,”  Upon retiring for the night, he was more explicit:    “gdnight. When Dems wake up they will realize they just made most of the Bush tax cuts permanent and lost their leverage for the next 4 yrs,”

The Democratic President and the originator and keeper of the Taxpayer Protection Pledge, which kept- no, has kept- any Republican from voting for an income tax increase since 1981 both applauded the budget agreement.  At first impression, one must be lying or at least mistaken. That would, however, be only at first impression.

Obama apologists, such as the once principled liberal/progressive Ed Schultz on the Obama Cable Network, argue that Democrats should be pleased with the deal because a) additional revenue will be raised from most of the wealthy while taxes were cut for middle incomes; and b) earned benefits were held harmless.

But  It was nearly inevitable that taxes would be kept at the lower rate for moderate incomes- $250,000, according to the pre-negotiations Obama.  Via negotiations, the upper limit moved to $400,000, closer to the figure (infinity) favored by Republicans.  In return, the GOP relieved the President of the discomfort of requiring them to be sufficiently responsible and patriotic to raise the debt ceiling.   And because the debt ceiling will be re-litigated by Congress in two months, Medicaid, Medicare, and Social Security are imperiled by the GOP-controlled Congress, the latter two legs of the social insurance tripod additionally by President Obama.

Don't take it from Grover Norquist, though he uncharacteristically spoke the truth in his late-night tweet.    Consider also the words on MSNBC of Representative Tom Cole (R-OK), who remarked

Again, I would prefer not to raise taxes on anybody. But we protected almost every American. We did it at a higher income level than the President campaigned on. And again, frankly, we’ve denied him I think his most important piece of leverage in any negotiation going forward. So I particularly like that part. I understand unemployment extension. I prefer, you know, a more focused effort in that regard. But we do have parts of the country where that’s necessary and it’s a fair compromise.

The entitlement issue, just too much to deal with I think in one piece of legislation. But again, still sequester is in front of us. The continuing resolution runs out the end of march and obviously the debt ceiling. All of those things honestly are Republican leverage not Democratic so I think there will be opportunities to deal with the spending issue next year. Honestly I expect that will be the dominant issue along with trying to overhaul the tax code going forward. So that’s usually pretty good ground for Republicans.

From the upper chamber came this from South Carolina's Lindsey Graham, who remarked Tuesday on GOP TV

We're gonna make him a historic president whether he wants to be or not. Social Security and Medicare are going bankrupt. The debt ceiling is a chance to get those programs out of bankruptcy and to put the country on a path to sustainability.

...I've never seen a better chance for Republicans and Democrats to come together reform entitlements in a way to save these programs... The good news is we're one big deal away from dominating the 21st century... We have leverage at the debt ceiling to make this president face up to the fact that we're spending our way into oblivion and most Americans don't want to borrow any more money unless we get their kids out of debt and start saving programs that we're all gonna need down the road like Medicare and Social Security. This is the best chance, Steve, I've seen since I've been in Congress, to do something big.

Debt and sequester negotiations will transpire in two months and, according to Cole, "the entitlement issue" will "be the dominant issue" now that the President has been "denied" what is "his most important piece of leverage in any negotiation going forward."   (Why is everything these days expressed as "going forward?"  Is anyone actually jumping into a time machine and going backward?)  Echoing his fellow Republican, Graham maintains "we have leverage at the debt ceiling" and will "come together (to) reform entitlements in a way to save" Social Security and Medicare.

Graham is being singularly dishonest about these programs, but that's an issue for another day.    Schultz and his compatriots are giddy that Social Security and Medicare were untouched in the recently concluded deal.  Yet, Graham and Cole, who are clear that reduction in earned benefits will be the price Democrats will have to pay for raising the debt ceiling, also are satisfied that agreement was reached.  With eyes fixed firmly on cutting the legs out from the sick and the elderly, they voted in favor of the measure, apparently because they realize that these programs are safe only until, as the Oklahoma congressman notes, the continuing resolution and the debt ceiling run out at the end of March.

It's tempting to suggest that Barack Obama did not drive a hard enough bargain, that he gave more than he needed or wanted to, in order not to go over that 'cliff' (below) Cenk Uygur has located  (and says "doesn't look so bad").  But as Uygur wrote nearly two weeks ago

There is only one person who can rescue the Republican Party now -- Barack Obama. And he will... Here's what you have to understand -- it's because he doesn't want to "win." Winning is different for him than it is for me and you. To us, winning is passing progressive priorities. To him, it's passing a deal where he seems like he is above party politics.

Uygur believed that the President would sacrifice in this round any combination of Medicare, Medicaid, and Social Security to prove to the Establishment his bipartisan bonafides.   That, it now appears, comes later.  Susie Madrak, who evidently recognizes that this President sees the chessboard two steps ahead, explains

President Obama is playing Br'er Rabbit to the Republicans' Br'er Fox. "Oh please, please, Br'er Fox, don't throw me in that briar patch!" If he ends up in a squeeze where the only deal Republicans will accept includes cuts to Social Security and Medicare, it's because he wants to be there. 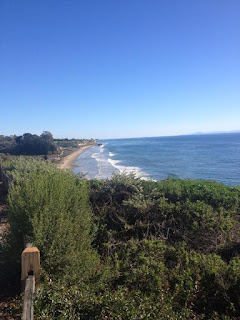