Muslims Are Diverse, He Says. Jews Merely Practice A Lifestyle.

Do the Google thing on "the world's three monotheistic religions" or for for "the west's three major religions."  For each, up pops as the second entry a Wikipedia description noting

Abrahamic religions (also Semitic religions) are the monotheistic faiths of West Asian origin, emphasizing and tracing their common origin to Abraham or recognizing a spiritual tradition identified with him They are one of the major divisions incomparative religion, along with Indian religions (Dharmic) and East Asian religions.
As of the early twenty-first century, it was estimated that 54% of the world's population (3.8 billion people) considered themselves adherents of the Abrahamic religions, about 30% of other religions, and 16% of no organized religion.
The largest Abrahamic religions in chronological order of founding are Judaism, Christianity, and Islam; the Bahá'í Faith is sometimes listed as well. There are other smaller religions that are also considered Abrahamic
Ahmed Benchemsi, identified as the founder of FreeArabs.com,, is one of the latest to contribute to Salon's obsessive, inevitably unsuccessful effort to prove inaccurate the uncomfortable observations of Sam Harris and Bill Maher (photo below from HBO.Janet Van Ham). Of his own faith, Mr. Benchemsi explains
When Sam Harris started lambasting Muslim intolerance, Ben Affleck jumped out to denounce his “racism”. But since when has Islam become a race? This goes beyond the accidental use of an inadequate word; it reveals a larger, fundamental flaw in the American race-related terminological system. The widespread use of the expression “Muslim-Americans” (as an equivalent to African-Americans or Indian-Americans, for instance) bears testimony of a deeply ingrained Western belief: when it comes to “Muslims” (understand: people living in or originating from the part of the world spanning from Morocco to Indonesia,) religiosity is not a choice—forced or not—as much as it’s a given. One that is as irrefutable as the color of the skin, or the ethnicity. There has been a centuries-long debate on whether Judaism is a religion or an ethnicity (most believe it’s both). But no such debate was ever held in and about the so-called Muslim world. That is simply because so-called Muslims already have a wide array of ethnic identities to pick from: Arab, Persian, Kurd, Amazigh, Pashtun, and the list goes on. Simply put: Islam is neither a race, nor a skin pigmentation, nor an ethnicity; it’s a personal belief. And personal beliefs, contrary to those things, are optional. Yes, even for Arabs, Persians, Kurds, and so on.
Conveniently, Benchemsi expresses a curious view of Judaism, of which you read "there has been a centuries-long debate on whether" it "is a religion or an ethnicity (most believe it's both)."
Well, no, it's not both, any more than there could be a "Muslim-American," inasmuch as Islam is a religion.
Benchemsi is justifiably annoyed at the widespread use of the expression "Muslim-American" and then refuses to acknowledge that Judaism is a religion- one of the three major monotheistic religions and one of the three primary religions of the west.  Muslims are called upon to follow the Koran and do so, to varying degrees. For Jews, the corresponding tome is the Old Testament. Those holidays and other rituals (e.g., keeping kosher) erroneously associated with the "culture" are specifically derived from that religious text.
Jews differ markedly in their adherence to the principles of their religion, just as do Christians and Muslims. That makes them more or less religious but, unless choosing to convert, does not make them anything but Jewish, just as Christians are Christian and those Muslims with "a wide array of ethnic identities to pick from" are Muslim. While Benchemsi accurately sees Muslims as a diverse lot- Arab, Persian, Kurd, Amazigh, Pastun, "and the list goes on," he would deny the same to Jews, lumping Ashkenazi and Sephardic or Eastern and Western European individuals into the same vat.
This error  might have been avoided if, in the course of an article claiming a misunderstanding of Muslims, Benchemsi might have somewhere mentioned the word "Koran" or "Bible" or "Testament." Remarkably, he does not mention the last two, perhaps because he does not mention the Koran, which might have precipitated an uncomfortable assessment of it.
We can't be sure of his motivation, of course.  But we do know we can trust God, who in "The Last Testament: A Memoir by God,"  writes
Yea, I love it when the less observant among you claim to be "cultural Jews."
Canst thou imagine being introduced to a "cultural Christian" or a "cultural Muslim"?
Breaking news from Mt. Sinai: Judaism is a religon.The millions of allusions to me in every single text and commentary and ritual of the past 3,000 years probably should have been a giveaway. 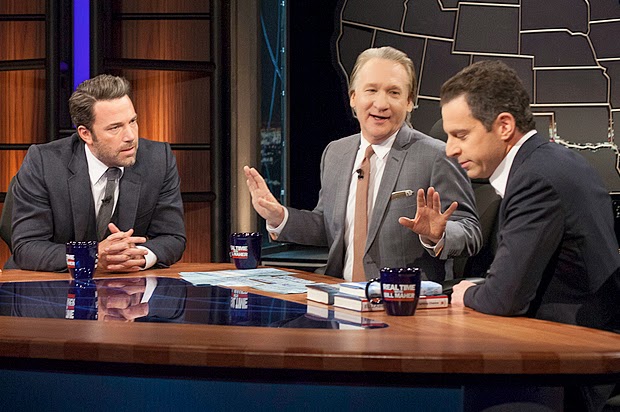