This, Though, Will Be Ignored.


The word "incredible" is abused nowadays but is perhaps fitting to describe George Will's criticism of Democratic- yes, Democratic- "obstruction" of the US Senate under Majority Leader Harry Reid. The syndicated columnist contends

For the most part the Foleys had high praise for the FBI. Diane Foley said that the bureau gave them advice on how to craft a response to an email they received from ISIS at the end of 2013. “The FBI told us to write back a letter humanizing Jim,” she said. “They would look them over and tweak a word or two.”
As the summer dragged on, the Foleys began to seek out their own ways to get their son back. Towards the end of Foley’s captivity, John and Diane Foley began a pledge drive to raise money for a possible ransom, even though they say the White House informed them that any efforts to pay a ransom to ISIS would violate U.S. law.
“We had a million dollars in pledges at the end,” Diane Foley said. “Our hands were tied, we could not make it obvious, it had to be done under the guidance of pro bono attorneys… We didn’t want the money, we didn’t want to handle it, so we sought pledges. We didn’t want the money unless we needed it.”
European governments, for their part, have long agreed to pay groups like ISIS ransom money. And that has yielded tangible results. Foley was held in Syria at the same location as several European hostages. But the Europeans had been freed in the weeks before Obama ordered the rescue mission into Syria, the Foleys said.
In the end, the Foleys say they hope other families of hostages will be able to learn and benefit from their experience. They were in Washington this week to receive an award given posthumously to their son on behalf of the Oxi Day Foundation, a Greek American organization that celebrates Greek resistance to the Nazis.
“The enemy is ISIS, not our government,” Diane Foley said. “All we are saying is that our government can do better for our citizens. We hope the James Foley foundation can foster dialogue for a more consistent policy on this.”
We can debate till the cows come home, or till there is no more hokey cliches in this blog, the wisdom of negotiating with terrorists or of involving private actors in rescue attempts.  We can point out that President Obama takes less time off his job than did President Bush or that it really doesn't matter, given that a President is not overworked and has agencies and individuals perform whatever- including rescue attempts- need to be done.
But it can't be denied that Obama entered the presidency promising considerably more transparency than received from the office in the past. After being sworn in, the President told his senior staff "I will also hold myself as president to a new standard of openness .... Let me say it as simply as I can: Transparency and the rule of law will be the touchstones of this presidency." Federal agencies similarly were assured "We will work together to ensure the public trust and establish a system of transparency, public participation, and collaboration.”
Yet, as Paul D. Thacker observed
in March 2010, the Associated Press found that, under Obama, 17 major agencies were 50 percent more likely to deny FOIA requests than under Bush. The following year, the presidents of two journalism societies— Association of Health Care Journalists and Society of Professional Journalists—called out President Obama for muzzling scientists in much the same way President Bush had. Last September, Bloomberg News tested Obama’s pledgeby filing FOIA requests for the 2011 travel records of top officials at 57 agencies. Only about half responded. In fact, this president has prosecuted more whistleblowersunder the Espionage Act than all prior administrations combined. And an analysis released Monday by the Associated Press found that the administration censored more FOIA requests on national security grounds last year than in any other year since President Obama took office.
Thacker, a former Senate investigator, wrote this 19 months ago.  In his article this past week, Lake revealed
In September, the Foleys began to talk to the media about their frustrations with the Obama administration. At the time they said the White House threatened them with prosecution if they tried to raise private funds to purchase their son’s freedom.
Threatened them with prosecution?  The heavy hand of big government (which Republicans endlessly claim to despise) comes down on the family of a victim of terrorism (photo of James Foley, below) and Republicans say.... nothing.
So Thacker's aggravation, reflected in a tweet from "one of Washington's watchdogs " in which Administration supporters were giving Obama a free pass on "drones & assassinations & military commissions & secret memos expanding secret surveillance powers," is misplaced.  Admittedly, there has been little complaint from Democrats- but even less from Republicans, who complain incessantly about the Administration because of the IRS and other matters when their criticism is baseless.  The Foleys allegedly try to save their son with assistance from private actors (the Republican modus operandi) and their is silence.
Notwithstanding attacks on other fronts from Republicans, the President may have been keeping them at bay with a kind of triangulation-lite which has characterized his Administration. Similarly, Lake notes “I told Obama that Jim worked hard to get him elected,” John Foley, James’s father, told The Daily Beast. “He believed till the end his country would come and get them.” 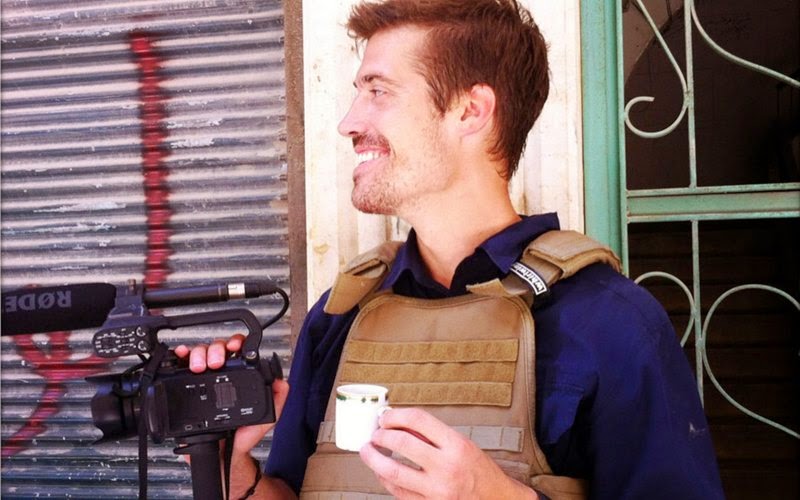