Only Ricardo Montalban Missing On This Fantasy Island

There are numerous reasons Repubs are finding it difficult to win a national election. Chief among them, as conventional wisdom would have it, is the expansion of the electorate such that it bears a rough approximation to the nation as a whole. Blacks, Hispanics, and Asians, too few of whom vote in off-year elections, go to the polls in presidential election years and the awful ideas of the GOP do not escape their attention.

There are other reasons Mitt Romney went down to defeat in 2012. Fortunately, however, few if any Repubs have been able to figure out why.

Among the apparently delusional is the former mayor of New York City (video below TYT Network), for

"He’s going to have to convince them that he’s going to run a different kind of campaign this time," Giuliani said on "Fox and Friends."

The former mayor said Romney needs to show that "he’s not going to back away from topics like Benghazi."

"Even if he didn’t win, if he had made Benghazi a bigger issue, I think we would have had a better chance," Giuliani said about Romney's 2012 run.

Giuliani evidently didn't clarify what he meant by "topics like Benghazi;" perhaps he was referring to ginned-up scandals ripe for exploitation.  He may not have noticed that a GOP-dominated congressional panel cleared the Administration of the most serious charges in the matter. Or maybe he did notice.

Benghazi wouldn't have saved Romney, nor would have a repackaging of the candidate, notwithstanding the perspective of Rupert Murdoch, who likes John Ellis Bush "very much" but

Murdoch was less kind toward Mitt Romney, who is considering a third bid for the Republican nomination after failed attempts in 2008 and 2012.

"I rather agree with the [Wall Street] Journal this morning, which sort of lacerated Romney," Murdoch said in reference to an editorial in the paper, which he owns. "He had his chance, he mishandled it, you know? I thought Romney was a terrible candidate."

Murdoch also hit Romney for winning the nomination "by destroying every other Republican with his own money" and for failing to deflect criticism that he was "super rich."

Even if the former Massachusetts governor had not been taped making his "47%" remarks- which were merely an overt statement of GOP philosophy- he couldn't have convinced anyone he wasn't a billionaire.  As of the fall of 2012, the guy reportedly was worth approximately a quarter of a billion dollars- and he carries himself like a man of considerable means.  It's his persona, and nothing was going to change that.

But that is not why he lost.   There are three reasons including, obviously (except to a many Repubs), it's tough to beat an incumbent. However, Romney was also hoisted on the petard on one of his kind,someone also of the northeastern governors' club.  Here is the photographic evidence: 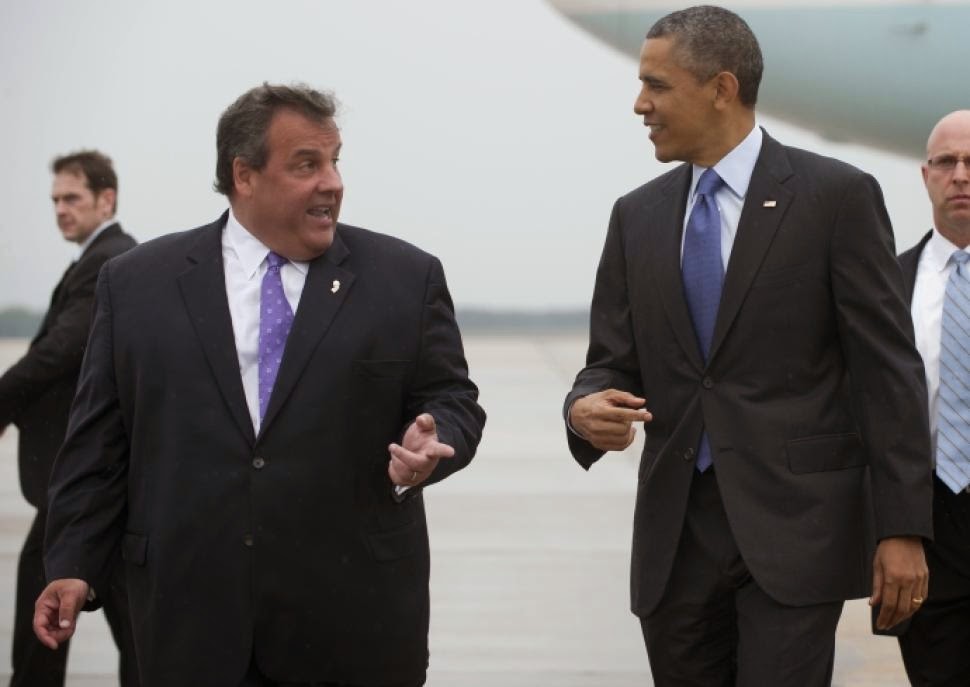 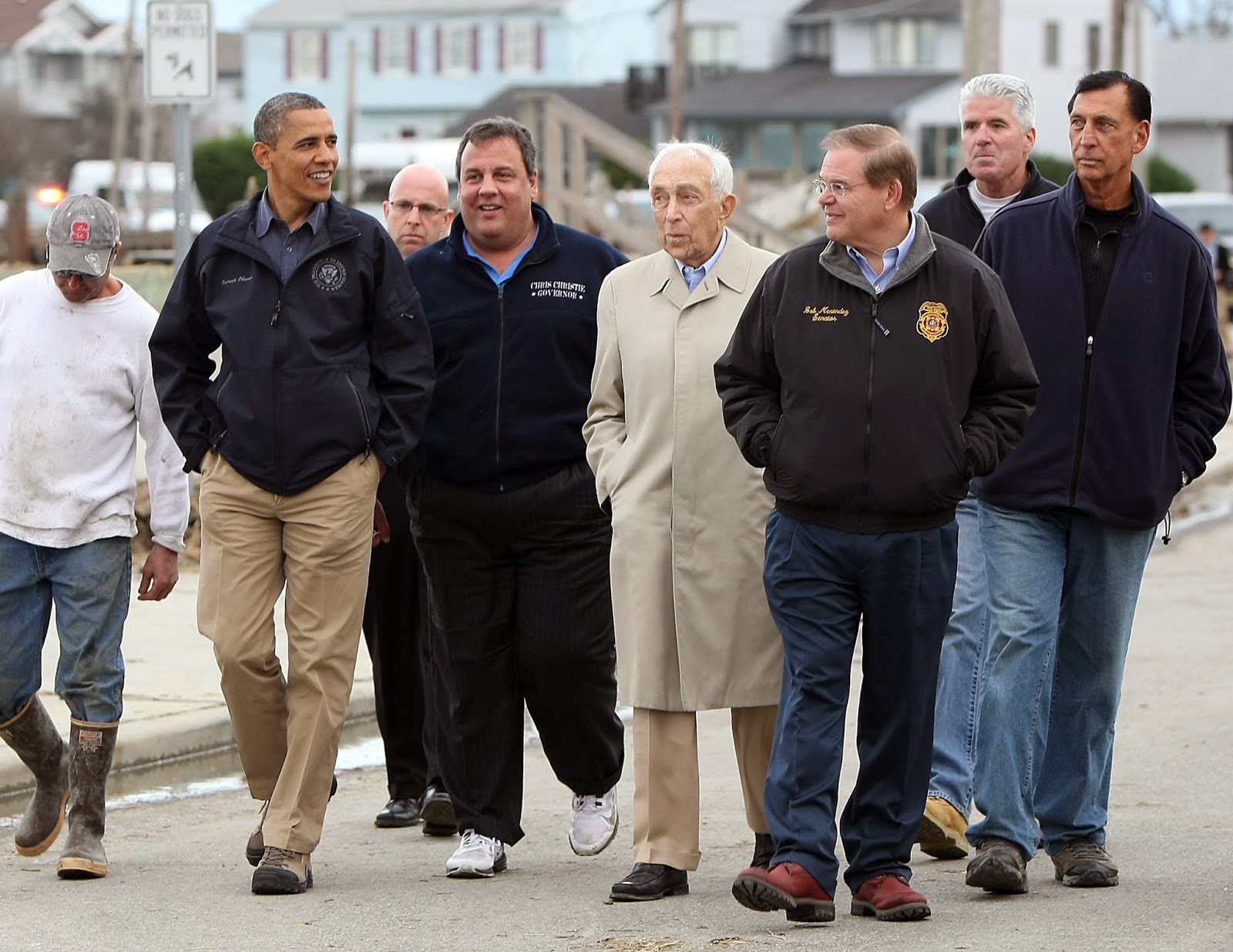 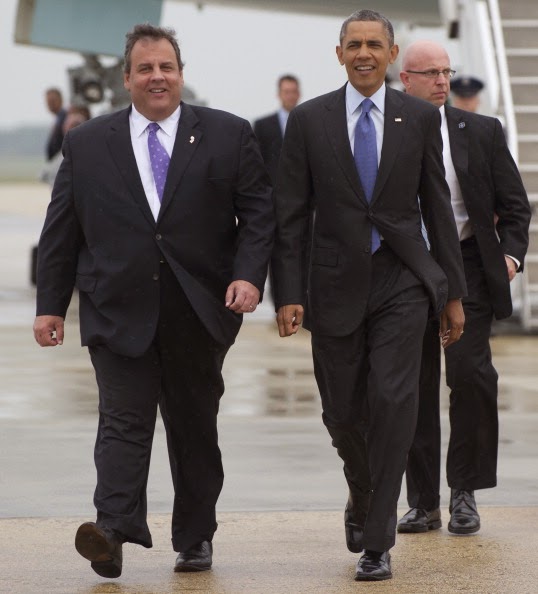 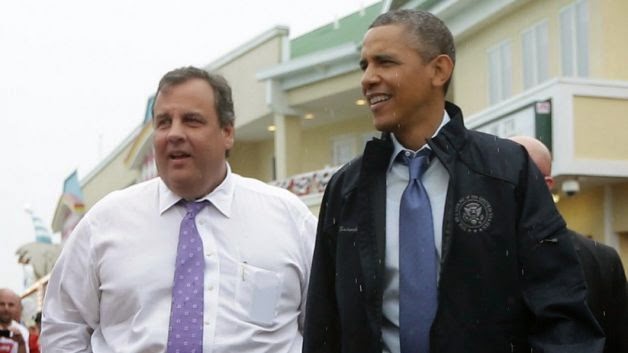 The words- themselves quite favorable- Chris Christie spoke while hanging out with Barack Obama at the Jersey shore during campaign 2012 didn't matter as much. It was primarily the pictures, which are worth a thousand words (and more) in their political impact. At a time that many independent-minded voters were convinced by the mainstream media that they just wanted both sides to get together, to have leaders of both parties shaking hands, hugging, and making nice, Christie provided just the right image for candidate Obama. The photographs were in Christie's self-interest, given that the governor of a Democratic state was gearing up to win big in his re-election bid and wanted to send a message to the GOP donor class of his electability for national office.

Still, there was an even bigger reason Romney failed.  At a debate in Tampa in January, 2012, the ex-governor merely had been reflecting the view of the donor and the popular bases of the GOP, as well as of his fellow presidential candidates, when he stated

You can`t impose Obamacare on the states. What I will do if I`m president, I will repeal Obamacare and return to the states the authority and the rights the states have to craft their own programs to care for their own poor.

Romney wasn't referring to Medicaid expansion, but to the Affordable Care Act in general and the individual mandate in particular.  That line of reasoning- that the ACA was unconstitutional- suffered a severe blow five months later at the hands of the John Roberts and the United States Supreme Court.  When the 5-4 ruling that the core- the individual mandate- of health care reform was a tax and hence constitutional, a lot of the air was taken out of the Romney campaign. No longer was it easy to get gullible voters to believe the Jeremiah Wright-loving, czar-appointing dictator was abusing his authority.

Chief Justice Roberts had his own reason for a ruling which misconstrued a penalty as a tax, leading to the proper conclusion about the Act (aside from Medicaid).  Governor Christie had presumably different motives, enhancing his (upcoming) re-election margin and ruining Mitt Romney's bid, for a New Jersey governor hardly would have been able in 2016 to challenge the re-election of an incumbent Republican.  (Mitt since has spoken very well of Chris; make of that what you wish.)

With any luck, major Republicans will continue to live in a fantasy world, unwilling or unable to face up to reality.