It's For The Children. Don't Argue.

Wrong again, Keith.  It's hard to believe that ESPN host Keith Olbermann (photo way below from Frederick M. Brown/Getty Images) was dead wrong in getting into a Twitter scuffle with a few Penn State students- and wrong in his apology. Quite a trick.

It started when one Penn State alumnus (with two Nittany Lion alumni) sent to Olbermann a link to a charity event held annually at the college. She accompanied it with a tweet reading "We are!"  (as in We are... Penn State). Olberman responded ".... Pitiful."

Short and to the point, albeit overly general and with a capital "P" where a small "P" would have been more appropriate, the tweet should have been the last one from the Cornell University graduate.

But oh, no.   What followed was a series of tweets between Olbermann and one or another Penn State apologists- uh, er, students, including Olbermann's "Dont make shit up, Sonny. You'll wind up running Penn State."


After top Penn State officials announced that they had fired Joe Paterno on Wednesday night, thousands of students stormed the downtown area to display their anger and frustration, chanting the former coach’s name, tearing down light poles and overturning a television news van parked along College Avenue.

The demonstrators congregated outside Penn State’s administration building before stampeding into the tight grid of downtown streets. They turned their ire on a news van, a symbolic gesture that expressed a view held by many: that the news media had exaggerated Mr. Paterno’s role in the scandal surrounding accusations that a former assistant coach, Jerry Sandusky, sexually assaulted young boys.

“I think the point people are trying to make is the media is responsible for JoePa going down,” said a freshman, Mike Clark, 18, adding that he believed that Mr. Paterno had met his legal and moral responsibilities by telling university authorities about an accusation that Mr. Sandusky assaulted a boy in a university shower in 2002.

Demonstrators tore down two lampposts, one falling into a crowd. They also threw rocks and fireworks at the police, who responded with pepper spray. The crowd undulated like an accordion, with the students crowding the police and the officers pushing them back.

An orderly crowd first filled the lawn in front of Old Main when news of Mr. Paterno’s firing came via students’ cellphones. When the crowd took to the downtown streets, its anger and intensity swelled. Students shouted, “We are Penn State.”

But of course, they are- or, in most cases, were- not Penn State, only symbolic of the reaction of the student body.  The view in "Happy Valley" (that's what they call it, I swear) seems to have changed little in the intervening 3+ years. Nonetheless, Olbermann still was painting with an overly broad brush.

While real, the apology he delivered was way off-mark. "I apologize," the big guy tweeted, "for the PSU tweets. I was stupid and childish and way less mature than the students there who did such a great fundraising job."

How about this instead: "I was stupid and childish and way less mature than most of the students at Penn State and the vast majority of young people."   He does not know about the students who did the fundraising. Nor is it likely he knows much about where the money goes and to what use it's applied. That is the way it generally is about charity- very few people ask questions. If you say "charity," you've blocked most questions. If you say "for children," you've completely eliminated them and can await a "thank you for your service."

Don't take it from me, but by someone much younger and closer to the college who positively nailed the controversy  (the article with the tweets she includes, here; the full twitter conversation, here):


What kind of jerk criticizes students who raise money for kids with cancer?

Keith Olbermann makes no secret of the disgust he harbors for Penn State in the wake of the Jerry Sandusky child abuse scandal; in January, he declared the NCAA and PSU “the worst in sports.” His well-documented disdain for the institution is probably what inspired a Penn Stater to mention him Sunday in a proud tweet about the 2015 Penn State Dance Marathon, an annual fundraiser (known on campus as THON) that raises money for children with cancer.

“We Are!” refers to the Nittany Lion chant “We are … Penn State.” And Four Diamonds—an organization that helps families pay for cancer treatment, funds research, and more—is the recipient of the THON money.

Olbermann responded to the “We are” tweet with one word: “…Pitiful.”

Soon Penn State students and others were attacking him, and he was hitting right back.

The pompous, elitist tirade earned him a suspension from ESPN. (Olbermann, if you’re wondering, went to Cornell—ever heard of it?) As a Penn State alumna who knows the difference between your and you’re, I’m pleased to see him get spanked on this one. But I also think that he wasn’t entirely wrong to roll his eyes at attempts to use THON to deflect criticism about the university.

THON is billed as “the largest student-run philanthropy in the world.” Groups and organizers spend the fall semester and first month of the spring semester preparing for it. On designated “canning” weekends, clubs, Greek organizations, and other clusters of students fan out from State College, Pa., to stand at street corners and collect money. At the main event, held this past weekend, more than 700 students serve as “dancers” who go 46 hours without sitting or sleeping. The idea, as I understand it, is to give the dancers a taste of the pain that kids with cancer endure.

It’s a noble goal. But when I was on campus, as THON got closer each year, the scent of self-congratulations grew stronger. The THON slogan is FTK—“for the kids.” In my more cynical moments, I sometimes thought that it should be “FTT”—“for the T-shirt.”

In the Deadspin comments, another alum put it nicely:

THON had great results, but to me it always seemed to serve as a vessel for fraternities, sororities, and those that crave attention to pat themselves on the back. There are a lot of people who participate selflessly, but the most vocal element are those that want the attention for “doing a great thing.” To boot, most of the fundraising doubles as a social/ pledge event for a lot of the greeks. TL; DR - great results, questionable means.

The results are great, and many of the participants are entirely sincere. But still, some students, especially Greeks, use it to excuse a lot of things: You can’t criticize fraternities—we raise money for kids with cancer!

It’s unfair for Olbermann to condemn the entire university because of the child sex abuse scandal (or because a few students on Twitter made grammatical mistakes that are widely accepted on the platform). Though the campus culture went too far in worshipping football, the ones to blame for the abuse are Jerry Sandusky and the handful of men who shielded him—including, yes, Joe Paterno. I railed about my alma mater’s moral hypocrisy after the scandal broke, and I remain furious about it. But it’s also illogical and disingenuous for Penn Staters to use THON as a shield against criticism. What did the original tweeter expect from Olbermann? I can’t imagine that she genuinely thought he would say, “You’re right. I’ve been unjust all along.”

Despite his presumably ESPN-mandated apologetic tweet, I doubt that Olbermann will emerge from his suspension with a greater respect for the school. And he’s right not to change his mind based on a fundraiser.


The net benefits, usually overstated, of charity events need to considered on their own. They are not valid excuses for the behavior of Jerry Sandusky, and the wink and a nod given it by the late, but then all-powerful, coach Joe Paterno.  Most people- probably even most PSU students- understand that. There still are many students there who do not, and despite his hostility to the university, Keith Olbermann may not, either. 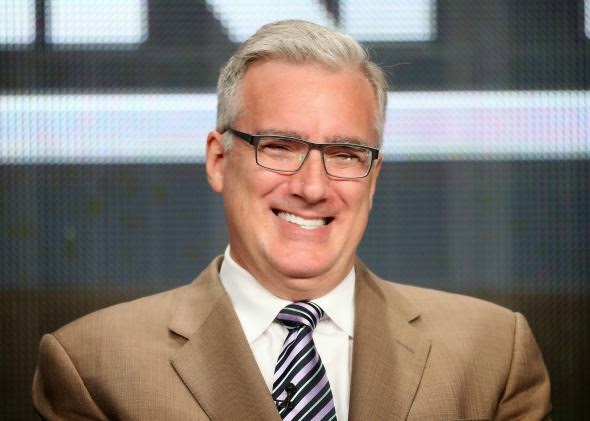