Once Craig Stephen Hicks turned himself into a Clayton County, NC sheriff's officer for the murder of three young Muslim residents of Chapel Hill, reaction was swift. The Raleigh News-Observer reported

The news spread fast on social media, where many didn’t believe the killer’s motive could be explained by an argument about parking. Relatives were quick to call the slayings of three American Muslims a hate crime. “I mean, who would kill somebody over a parking spot?” said Abdel Kader Barakat, a cousin of Deah Barakat.

The women’s father, Dr. Mohammad Abu-Salha, who has a psychiatry practice in Clayton, said regardless of what prompted the shooting Tuesday night, Hicks’ underlying animosity toward Barakat and Abu-Salha was based on their religion and culture.

“It was execution style, a bullet in every head,” Abu-Salha said. “This was not a dispute over a parking space; this was a hate crime. This man had picked on my daughter and her husband a couple of times before, and he talked with them with his gun in his belt. And they were uncomfortable with him, but they did not know he would go this far.”

Abu-Salha said his daughter, who lived next door to Hicks, wore a Muslim head scarf and told her family a week ago that she had “a hateful neighbor.”

Barakat’s family held a press conference in Raleigh on Wednesday, urging people to celebrate the memories of the students. They also said authorities should treat the deaths as a hate crime.

Chapel Hill police, however, maintained "Our preliminary investigation indicates that the crime was motivated by an ongoing neighbor dispute over parking." Craig Hicks' wife Karen evidently agreed, stating  “I can say that it is my absolute belief that this incident had nothing to do with religion or the victims’ faith, but in fact was related to long-standing parking disputes my husband had with various (neighbors) regardless of their race, religion or creed."

One woman living nearby added "Anytime that I saw him or saw interaction with him or friends or anyone in the parking lot or myself, he was angry. he was very angry, anytime I saw him." Hicks' ex-wife explained that while she was married to Craig, her husband "incessantly" watched Michael Douglas' 1993 film "Falling Down" and found the star's shooting rampage "hilarious. He had no compassion at all."

Hicks apparently was an angry, libertarian atheist with a permit to carry (photo below from the Independent of the UK). There is enough there to satisfy big-government conservatives, gun control supporters, theists, even psychologists. But as Will Bunch notes, "the jury is still out on what motivated the murders, and no one should jump to a conclusion... in either direction."

Nonetheless, one fact is incontestable: this was a hate crime.  Craig Hicks hated Deah Shaddy Barakat, Yusor Mohammad, and Razan Mohammad Abu-Salha. Murder is not an act of love.

This is not to minimize the possible influence of religious bigotry upon Hicks' offense and that as well as other factors probably entered into its commission.  Multiple motives are not uncommon, especially in offenses not motivated primarily by greed and/or precipitated by substance abuse.

The incidence of street crime has declined markedly in the nation since the early '90s, while a disturbing pattern of senseless violence has arisen. Blogging for Hullabaloo, Tom Sullivan attempts "to put this violent incident into a larger context for a moment" as he found on the front page of Raw Story Thursday morning these headlines:

Tennessee man forces ex to carve his name into her skin with box cutter, then rapes her

Woman miscarries after Georgia cop who didn’t ‘appreciate her tone’ tackles and sits on her: lawsuit

Sullivan remarks "notice anything in common about the geography of those stories? " 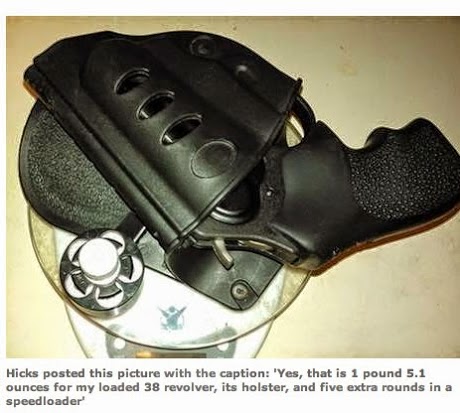