Because "Quality Of Life" Is So Precise

we have emerged as the global leader in a race that no nation would want to even be a contender in. While our country is home to only 5% of the world's total population, we are home to 25% of the world's prison population. And nearly three fourths of this population is comprised of nonviolent offenders.

Most of the prisoners, Booker maintains, are "nonviolent" and he observes

Americans of color are disproportionately burdened by the failures of our justice system. There are more black men in prison or under state or federal supervision today than there were enslaved in 1850. And while African Americans make up only 13.6% of the total U.S. population, they make up a whopping 40.2% of the U.S. prison population.

Booker used the term "nonviolent offenders," although whether that means they are incarcerated for nonviolent offenses or instead nonviolent individuals is unclear.In either case, the New Jersey senator, whose suggestions for improvement of the criminal justice system are arguable, need look no further than his own state for procedures to reform.

Two years ago, the police department of one of New Jersey's largest cities- and its most crime-ridden and poor- was disbanded and replaced by the Camden County Police Department Metro Division. Old contracts, with their pesky pension pension and salary requirements, were eliminated, with some of the City officers  rehired for the new, county-run, department afforded far greater resources than the old. (Although costs were cited as the main factor in the changeover, it did not escape the attention of everyone that the boss of Camden County, Democrat George Norcross, is the second most powerful figure in New Jersey politics, eclipsed only by Republican governor Chris Christie, with whom he has had a cozy relationship.)

There are far more officers and civilians assigned to the new Department than to the previous and crime has declined, even more than nationally (in which it is still high common compared to other countries, pie chart below.)  But as Senator Booker may be vaguely aware and Michael Boren of the Philadelphia Inquirer now has reported

since that shift in May 2013, the number of excessive-force complaints has nearly doubled, from 35 after the takeover that year to 65 in 2014 — the most in the state. Even the combined total of Newark and Jersey City — the state’s largest cities, which have hundreds more officers — was below Camden’s.

Interviews with those who filed the complaints and others reveal a pattern of stops, often for minor offenses, that rapidly escalate. Some individuals stopped have ended up in the hospital.

An analysis of four incidents for which The Inquirer interviewed those detained and reviewed hospital and police reports reveals a pattern in which stops usually made for minor infractions rapidly escalate. Three of the four individuals involved either filed complaints of excessive force or initiated related claims.

At least a dozen other individuals also have filed suits or tort claims against the county, alleging that its officers used excessive force or arrested them without just cause.

In such cases, the county Prosecutor's Office investigates to determine whether a crime seems to have been committed and if (when) it finds it likely has not, the PD itself determines whether departmental rules have been broken. However, in something of a parallel to the blue wall of silence, the procedure appears to have a flaw or two:

The Justice Department is not investigating the department but the ACLU, which will be requesting data on police stops in Camden the past two years, will find

While the new force has won plaudits from residents for tamping down serious crime, some are irked by stops for petty offenses such as loitering and riding a bicycle without a bell. The number of tickets written for such offenses has risen to its highest level in years.

That sounds like the highly questionable "broken windows" approach, in play when Michael Brown of Ferguson, Missouri was stopped by a police officer for walking in the middle of the street and was shot dead in the altercation which ensued.   Going largely unnoticed are less dramatic incidents, such as when the left foot of Shalla Ballance's son

was disfigured when a Camden police cruiser ran over it as he ran from the pursuing car in April 2014. Doctors at Cooper called the injury “foot degloving,” because so much skin was ripped off. Police said the car hit him after he slipped.

Saadiq Ballance, then 16, needed surgery. He was charged with resisting arrest and loitering to commit a drug offense, the latter of which his mother said was dropped.

Saadiq Ballance said that police came up as he played cards outside with friends at night and that he ran because he heard screeching tires from a car he could not see and feared someone was about to be shot.

Yet when his mother took the case to a lawyer, she said he told her: “You most likely won’t win.”

“For him to feel it was a losing battle,” Shaila Ballance said, “it just kind of discouraged me.”

It's easy to be discouraged by disfigurement when resisting arrest for an offense later dropped.  But it should draw attention to one of the greatest outrages of the criminal justice system, prodigious arrests for misdemeanor offenses.   Three years ago, law professor Alexandra Natapoff explained

Especially for large classes of urban policing offenses, such as loitering, trespassing, and disorderly conduct, convictions can easily occur without any evidence that the defendant actually committed a crime. To understand why, we need to go back to the beginning of the misdemeanor process: the initial arrest. Arrests require probable cause; there must be enough evidence to make it likely that the defendant actually “did it.” But police routinely arrest urban residents—particularly young black men—for other reasons, like clearing a street corner or establishing a police presence in a high-crime neighborhood.

For example, as former Baltimore cop and now-sociology professor Peter Moskos describes in his book Cop in the Hood, Baltimore police warn people to move on and arrest them for loitering when they don’t. The problem is that the crime of loitering is defined as “interfering, impeding, or hindering the free passage of pedestrian or vehicular traffic after receiving a warning.” A person who merely fails to move when ordered to move by a police officer is not actually guilty, but thousands of arrests occur in Baltimore on this basis every year. The same is reportedly true in New York.

Once police arrest someone, it is up to prosecutors to decide whether or not to charge the person with a crime. The system depends heavily on prosecutors to decline cases that lack evidence. But prosecutors often fail to screen misdemeanors precisely because they are seen as insignificant, and instead charge all petty arrestees on whatever basis the police arrested them. Studies in Iowa, New York, and North Carolina reveal that prosecutors declined only 3 or 4 percent of petty offenses. In jurisdictions like these, 96 percent of arrests convert automatically into criminal charges.

Once charged, misdemeanor suspects have little choice but to plead guilty. As the NACDL study revealed, many of these suspects will not get lawyers, and courts rush cases through in order to clear crowded dockets. Jailed defendants may plead just to go home. As a result, a person arrested for a so-called urban disorder offense is likely to get charged with it and to plead guilty to it, even if there was no real evidence in the first place.

This dynamic represents a breakdown in basic principles of justice. First, arrests are permitted to convert directly into criminal convictions without scrutiny of the facts by prosecutors or defense attorneys. Police are not supposed to decide who gets convicted. That’s what trials and plea bargaining are for. Moreover, where arrests themselves are generated not by evidence of crime but by other law enforcement tactics like order maintenance and street sweeps, the resulting convictions lack an evidentiary basis. That’s a fancy way of saying that defendants are innocent.

Police are not supposed to decide who gets convicted.  Much of the efficiency and effectiveness of the criminal justice system depends upon the discretion of police officers. Once arrested for a disorderly persons offense, the accused will, as Natapoff describes, virtually always be found guilty (whether or not he is guilty) which in the long term severely erodes police-community relations. If arrested for an indictable offense, the ham sandwich will be indicted, which usually results in a conviction, unless the defendant is sufficiently wealthy to afford a private attorney.

Corey Booker and Rand Paul, respectively a neo-liberal wunderkind and a right-wing libertarian, are chock full of ideas, of varying merit.  But until they deal with the grand jury system and police culture- which will require a great deal of courage- they are merely tinkering around the edges. 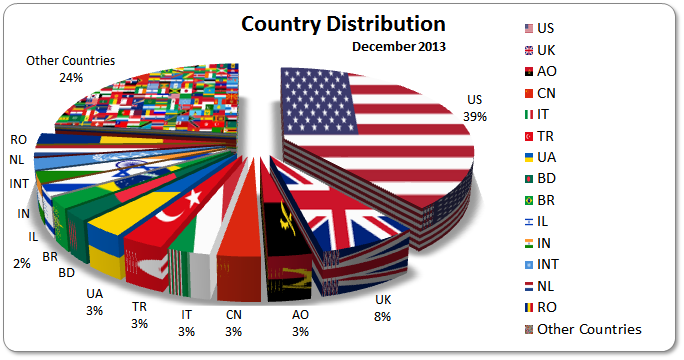