More Important Than A Distraction. But Not Much.

In the book "All the President's Men," it was "the key was the secret campaign cash, and it should all be traced." In the movie, it was the simpler, pithier "follow the money."

The Indy Star has reported "Business, civic and sports leaders who have strongly called for a fix to the divisive "religious freedom" legislation flanked Indiana Republicans as they announced sexual orientation and gender identity will be explicitly protected in the new law." The deal came about after two legislative leaders, Governor Pence's chief of staff, "and a small handful of business leaders, including Republican powerbroker and Indianapolis Motor Speedway CEO Mark Miles met continuously Tuesday and Wednesday.

Some revision of the law became inevitable when, as Charles Pierce comments

for a while, it looked like Arkansas was going to follow Indiana into the gorge of eternal peril. But then the CEO of Walmart announced that these religious liberty restoratives were inconsistent with Walmart's social conscience. (Apparently, he owns an electron microscope.) Then, in what I am certain is purely coincidental, Governor Asa Hutchinson not only came out in opposition to the Arkansas law, he threw it back into the legislature whence it had come to his desk.... Translation from the original WeaselSpeak: Good god, Pence is an idiot. Bring yo' bidness to Arkansas!

Whatever the details of the proposed revision, there is need for, as Joan Walsh put it, "a reality check." She lamented an "Indiana law that has gotten no pushback from the business community over the years: Its 2005 voter identification legislation that paved the way for a rollback of voting rights across the country."  Richard Posner, who wrote the district court decision upholding the law in 2007, since has expressed grave misgivings about his role and last year wrote the decision overturning Indiana's prohibition on same-sex marriage. However, Walsh notes

Some of the business community has evolved along with Posner. But it has not joined his effort to push back against restrictions on voting rights. It’s hard not to assume that’s because corporate America is not as concerned about the rights of potential “customers” who can’t afford $75 to obtain a birth certificate or other form of valid identification. By definition, the people whose voting rights are being curtailed don’t have the economic clout to call for boycotts against their states.

Business didn’t rise up over Pence’s last bone-headed wingnut move, either: reversing his administration’s plans to expand Indiana’s preschool programs to thousands of low-income children with tens of millions of federal dollars, just last October. Pence’s own team had backed the expansion, but he spiked the application, citing vague concerns about “strings” attached to the federal money.

Indiana is also the state, by the way, that just sentenced a woman to 20 years in prison for “feticide,” becoming the first state to imprison a woman for what it claims was an unsuccessful attempted abortion.

that corporate America’s benevolence only extends so far. It’s great that Apple’s Tim Cook, who happens to be gay, lent his voice to the protest against the Indiana law. But if Apple would pay the federal taxes it owes, we could vastly expand preschool programs nationwide. If corporate America would join the fight to restore the Voting Rights Act, the bill in Congress might have more than one Republican supporter (Wisconsin Rep. James Sensenbrenner still stands alone). If businesses punished the rightward drift of the Republican Party by withholding campaign contributions, we’d see more action on hiking the minimum wage and expanding infrastructure (two issues that used to be bipartisan), and maybe even fighting income inequality.

Creating a fairer tax system, extending preschool, maintenance (and expansion) of voting rights would be important steps in ameliorating inequality. So, too, would be heading off privatization. And as (bad) luck would have it, we have the example brought to us by Richard J. Eskow (photo from Katherine Welles via Shuttercock/Salon).  The Indiana Toll Road, sold to a Spanish and Australian consortium in 2006, is now up for bid amid toll revenues far below projections, as well as "long waits at toll plazas, bridges that haven’t been repaired in more than a year and rest stops that reek of urine." Eskow adds

Private companies also charge far more for water and sewer services than governments do. (Food and Water Watch found that their rates were 33 percent higher.)  Private prisons appear to cost more, as the New York Times reported, while the ACLU found that higher incarceration rates lead to windfall profits under privatized prison systems.

Nor is the inefficiency and greed limited to civilian life. The privatization of military housing has proven costly, according to the Government Accounting Office, and an Air Force major who studied the privatization of Newark Air Force Base stated (in a rather folksy way) that “the Air Force seems to be just flat out paying more for the same service it received under the old depot system.”

Privatization is often a bad deal for investors, too, as the Congressional Budget Office noted in 2012. The CBO studied eight highway projects and found that, with one exception, “private equity investors’ expectations of profitability for the projects have been unfulfilled.”

Under privatization, the goal is no longer to provide publicly funded services effectively and efficiently. Nor is the goal to make a profit for investors. The deal itself is the goal, because that’s where intermediaries make their profits. 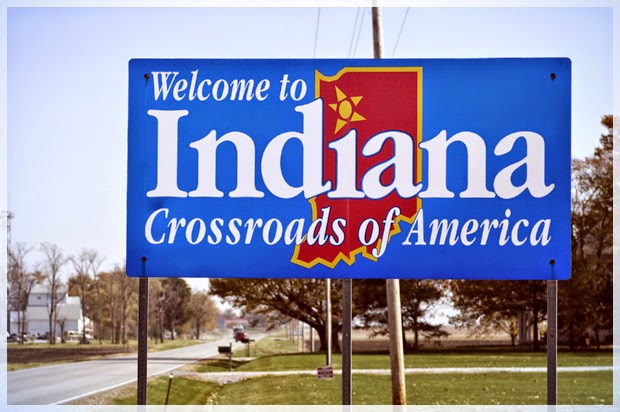 Temper thy ardor- or, as Larry David would put it, curb your enthusiasm.  Although Walsh believes "the LGBT rights struggle is powered by righteousness," she admits that which can only be whispered: the movement is aided by "the fact that it doesn't cost businesses a dime." For the rest of us, things don't look so favorable.