"I have no idea why President Trump would make up a story about me like he did today,"  countered the ranking member of the House Oversight and Government Reform Committee.  April Ryan had asked President Trump about having a meeting with the Congressional Black Caucus and the President commented

I was all set to have the meeting. You know, we called him and called him. And he was all set. I spoke to him on the phone, very nice guy.....

He wanted it, but we called, called, called and can't make a meeting with hm. Every day I walk and say I would like to meet with him becuase I do want to solve the problem. But he probably was told by Schumer or somebody like that, some other lightweight. He was proably told- he was probably told "don't met with Trump. It's bad politics.

So Donald Trump lied. Big deal- his lips moved, he lied. Nothing new there. Nor is it surprising that when African-American Ryan asked about the absence of a meeting with the CBC, Trump responded "Do you want to set up the meeting?" After Ryan started to respond "I'm not," the President interrupted with "are they friends of yours?" Appropriately nonplussed, Ryan stated "I'm just a reporter" and the President replied "well, then set up the meeting."

Trump's Administration is in such disarray that he can't get his people to set up a simple meeting. And he thinks all black people know all other black people.  And Saturday follows Friday.

So here's the story, folks. Number one, I am the least anti- Semitic person that you've ever seen in your entire life. Number two, racism, the least racist person. In fact, we did very well relative to other people running as a Republican -- quiet, quiet, quiet.

Famously, the Office of the White House lost track of six million murders on Holocaust Remembrance Day, wiping out the genocidal nature of the Nazi regime.  When the White House recently released its list of "underreported" acts of terrorism it somehow omitted what by one account  are the "350 terrorist attacks — including stabbings, shootings, vehicular ramming attacks and a bus bombing —" targeting Israeli victims, most of them Jews, since September 13, 2015. Jacob Weisberg reminds us that President Trump declared "a position of 'America First' in his inaugural address. He either doesn’t know or doesn’t care that was the slogan of America’s pro-Nazi isolationist movement, which accused Jews of drawing the country into war." 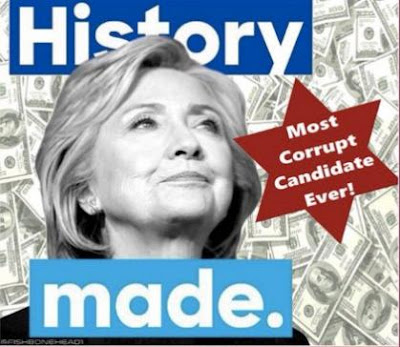 Trump has an all-purpose answer whenever he is charged- and when he is not- with anti-Semitism.  Wednesday was typical, when he responded to a question about national disunity by saying "Hopefully, I'll be able to do something about that. And you know it's something that was very important to me. As far as people, Jewish people, so many friends, a daughter who happens to be here right now, a son-in-law, and three beautiful grandchildren."

For years, Benito Mussolini carried on an affair with a Venetian Jewish woman named Margherita Sarfatti. He nevertheless boasted about his hatred of “these disgusting Jews,” a hatred that he claimed long preceded Italy’s implementation of anti-Semitic legislation in 1938.

In his book, The Captive Mind, Czeslaw Milosz describes an anti-Semitic writer in 1930s Poland who “had many Jewish friends, and the very day he published his racist statements, he would come to these friends…and falling on his knees, would declare his love for them.” Notorious anti-Jewish polemicists of 16th Century Central Europe, Johannes Pfefferkorn and Anton Margaritha, were both Jewish converts to Christianity. Even Hitler himself expressed deep affection toward Eduard Bloch, a Jewish doctor from Vienna who had treated his mother. Calling Bloch a “noble Jew,” Hitler instructed the Gestapo to protect him even as Nazi forces sent other Austrian Jews to their deaths.

Skepticism should ensue when someone touts his personal affection for individuals while indentifying them by their religious, ethnic, or racial group.  Many people have black friends or have even voted for black political candidates while believing the latter are anomalous.  Decades ago, in Donald Trump's formative years, it was not uncommon to hear "some of my best friends are colored." It was a tip-off, even as it was sometimes accurate. "Personal behavior," Beinart observes, "often contradicts public ideology."

Lueger, the notoriously anti-Semitic turn-of-the-century mayor of Vienna who inspired Adolf Hitler, had numerous Jewish friends. Asked to explain the apparent contradiction, he declared, 'I decide who is a Jew.'"

It is not hard to imagine that Donald Trump believes his daughter, son-in-law, and Treasury Secretary Steve Mnuchin are Jewish while believing other Jewish people.  Scapegoating those Jews he reviles because, or independent, of their religious affiliation also is not a stretch.

We know Donald Trump is narcissistic and dishonest.  We do not know that he is a racist or anti-Semite, or has other characteristics seemingly on display.  But just as he undoubtedly has black friends while he fans the flames of racial animosity, sincere affection for his daughter and the man she married, as well as their children prove little.