And Abortion 6,921 Miles Away Is Just Dandy

It is said "even a stopped clock is right twice a day."  Justice Scalia is right at least once in a quarter of a century.  Unfortunately that was in 1990.

Argued on November 6, 1989, Employment Division, Department of Human Resources of Oregon v. Smith (No. 88-1213) was decided in April, 1990 by a 6-3 vote, with the dissenting votes coming only from the Court's three liberal members.  Mr. Smith and Mr. Black had been denied unemployment compensation from the State of Oregon after they were fired from a private drug rehabilitation program because they ingested peyote as a sacramental ritual at their Native American Church.  Delivering the majority opinion, which overturned the ruling of the Oregon Supreme Court, Justice Scalia wrote

Conscientious scruples have not, in the course of the long struggle for religious toleration, relieved the individual from obedience to a general law not aimed at the promotion or restriction of religious beliefs...

To make an individual's obligation to obey such a law contingent upon the law's coincidence with his religious beliefs, except where the State's interest is "compelling" -- permitting him, by virtue of his beliefs, "to become a law unto himself," Reynolds v. United States, 98 U.S. at 167 -- contradicts both constitutional tradition and common sense.

If this blog had existed then, I would, save for a loss of common sense, have reluctantly concluded that Antonin Scalia reasoned correctly, as when he added "Can a man excuse his practices to the contrary because of his religious belief? To permit this would be to make the professed doctrines of religious belief superior to the law of the land, and in effect to permit every citizen to become a law unto himself."

But when Congress has an opportunity to pander, it will, so we ended up with the Religious Freedom Restoration Act, decreeing "Government may burden a person's exercise of religion only if it demonstrates that application of the burden to the person furthers a compelling governmental interest; and is the least restrictive means of furthering that compelling governmental interest."  That, as then-Justice Stevens understood, probably violated the Establishment Clause of the First Amendment. And now, craft store chain Hobby Lobby (photo below from Think Progress) and cabinet manufacturer Conestoga Wood Specialties claim that the mandate violates their religious freedom under the RFRA. But as Chris Hayes put it Monday evening

Because corporations are not religious observants. People are.

But Scalia, assumed to believe that consistency is the hobglobin of small minds, will subordinate the law to right-wing ideology and find that Hobby Lobby, as Hayes put it, has a right to "assert a kind of right to conscience over the total domain of all its employees."

Most significantly, the questions posed by Justice Kennedy- who appears to be the swing vote on this case, as on many others- suggest that he will land on the plaintiffs' side.  Still, Justice Roberts' perspective is the most curious.  Jeffrey Toobin notes

Chief Justice John Roberts, never one to miss an advantage, pressed Verrilli on this point. “Isn’t that what we are talking about in terms of their religious beliefs? One of the religious beliefs is that they have to pay for these four methods of contraception that they believe provide abortions. I thought that’s what we had before us.” Verrilli was forced to concede that this was “a difficult case.”

Scientific fact be damned, if they believe it's abortion, it's abortion, a curious view coming from jpillars of a profession which prides itself on careful and reasoned deliberation.

Salon's Katie McDonough picks up where Toobin leaves off, explaining

Verrilli responded that federal and state law support the medical consensus on the issue and “don’t consider these particular forms of contraception to be abortion,” but that was the only clarification on the matter in 90 minutes of oral arguments.

“It was very clear from the oral arguments that the justices aren’t going to look behind the religious belief,” Gretchen Borchelt, the director of state reproductive health policy for the National Women’s Law Center, told Salon during a phone interview about the case. “The courts generally treat someone’s religious beliefs as sincere, kind of no matter what they are. In other words, they are going to accept that it is their religious belief that [emergency contraception] is abortion — even though it is not based in science.”

The right, it seems, has a real love affair with bogus science. And all too often, they appear to be setting the terms of the debate. Just as medically refuted arguments about fetal pain at 20 weeks have been used to pass sweeping restrictions on abortion care, phony claims about emergency contraception have been embraced by the mainstream as acceptable science.

But we ought to be used to bogus arguments by the anti-reproductive special interests. Justice Roberts fails to recognize that it is truly a faith-based movement, at times relying on faith for its political positions, and at other times relying on others to assume their religious beliefs are sincere. That's quite a privilege extended to Hobby Lobby, which sells an enormous number of items made in mainland China, whose restriction on religious freedom does not haunt the conscience of the company, and which is the world champion of abortion (video way below from Daily Kos).

Nonetheless, Hobby Lobby has itself  become a champion and leader of the religious right, energized by the core idea that life begins at conception and that God therefore intended all pregnancies to be taken to term. God, however, seems to have something else in mind, for Gina Kolata (which perhaps rhymes with pina colada) reported in The New York Times in 1988

Thirty-one percent of all conceptions end in miscarriage, usually in the early months of pregnancy and often before women even know they are pregnant, according to a new study. But most of the women who have miscarriages are normally fertile and subsequently become pregnant again and have babies, the study reported.

The notion that abortion is an evil which is contrary to God's law and must be stamped out is a fundamental tenet of the worldview of many cultural conservative. They maintain birth control is indistinguishable from abortion and from there, that their employees' behavior must conform to the employers' political and religious outlook, derived from the Almighty himself.  My way, or the highway. Sincere or not, it hardly comports with Peter's admonition in his first letter to Christians in the diaspora when he was moved to write 'Likewise, you who are young, be subject to the elders. Clothe yourselves all of you, with humility toward one another, for 'God opposes the proud but gives give grace to the humble.'" 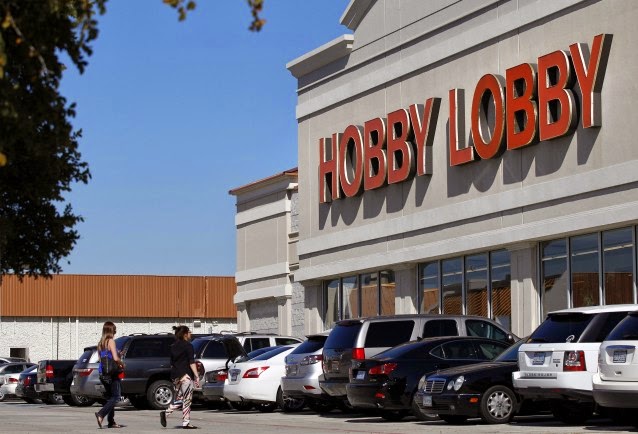