And Then There Is The Issue Of Undocumented Drugs

Have you heard the one about the documented immigrants? (Table below from Pew Hispanic Center and, unfortunately, 2009.)

Many Democrats, at least in New Jersey, have learned well from Frank Luntz on this one issue, illegal- er, uh, undocumented- immigration.  Yesterday, 200+ advocates of a bill proposed by Democrats in the New Jersey legislature to provide an undocumented/illegal immigrant a "driving privilege card" met at St. Joseph Pro-Cathedral for a rally organized by Camden Churches Organized for People (well, some people, anyway).

The driving privilege card, unavailable to legal residents of New Jersey, is not a freebie.According to this report in March, "To qualify for the card, which would be valid for four years, potential drivers would have to prove both identity and residency, pass a written driver's test similar to the exam required for other New Jersey drivers, and then pass a road test."

After which, legitimacy of their undocumented/illegal status will have been conferred upon them by government.  This is not the federal government, which still maintains an effort to return to the country of origin individuals who have undocumentedly entered this country.Nonetheless, forgive immigrants (illegal or otherwise) their confusion in being granted an extraordinary privilege by government while government lurks in the background to expel them from the country.  The distinction between the state and the federal governments is one often missed even by people born, raised, and living in the USA.

When the legislation was introduced in March, Assemblywoman Annette Quijano summed up the public rationale for the move in stating “We have to look at it realistically. We have a lot of undocumented immigrants driving today and it has become a safety issue. The more individuals on road who know how to drive, who have taken a driver’s license test and a road test, the better it is for all of us.”

Perhaps times have changed, and proposals such as in NJ may be an indication of how far we've come (or retreated) on this matter.  Or it may be that once such an issue gains the attention of the public, measures which would encourage illegal entry into the nation lose popularity. But flashback to October 29, 2007. Hillary Clinton was an unstoppable juggernaut on her way to the Democratic nomination for President.  The following evening, Mrs. Clinton would appear in a televised debate from Drexel University in Philadelphia, Pa. which included the following exchange:

MR. RUSSERT: Senator Clinton, Governor of New York Eliot Spitzer has proposed giving driver’s licenses to illegal immigrants. You told the Nashua, N.H., editorial board it makes a lot of sense. Why does it make a lot of sense to give an illegal immigrant a driver’s license?
MRS. CLINTON: Well, what Governor Spitzer is trying to do is fill the vacuum left by the failure of this administration to bring about comprehensive immigration reform.
We know in New York we have several million at any one time who are in New York illegally. They are undocumented workers. They are driving on our roads. The possibility of them having an accident that harms themselves or others is just a matter of the odds. It’s probability. So what Governor Spitzer is trying to do is to fill the vacuum.
I believe we need to get back to comprehensive immigration reform because no state, no matter how well intentioned, can fill this gap. There needs to be federal action on immigration reform. ...
After an exchange between Mr. Russert and Senator Christopher J. Dodd of Connecticut, Mrs. Clinton jumped in:
MRS. CLINTON: I just want to add, I did not say that it should be done, but I certainly recognize why Governor Spitzer is trying to do it. And we have failed——
MR. DODD: Wait a minute. No, no, no. You said, yes, you thought it made sense to do it.
MRS. CLINTON: No, I didn’t, Chris. But the point is, what are we going to do with all these illegal immigrants who are driving?
MR. DODD: Well, that’s a legitimate issue. But driver’s license goes too far, in my view.
MRS. CLINTON: Well, you may say that, but what is the identification if somebody runs into you today who is an undocumented worker——
MR. DODD: There’s ways of dealing with that.
MRS. CLINTON: Well, but——
MR. DODD: This is a privilege, not a right.
MRS. CLINTON: Well, what Governor Spitzer has agreed to do is to have three different licenses — one that provides identification for actually going onto airplanes and other kinds of security issues, another which is an ordinary driver’s license and then a special card that identifies the people who would be on the road.
MR. DODD: That’s a bureaucratic nightmare.
MRS. CLINTON: So it’s not the full privilege.
MR. RUSSERT: Senator Clinton, I just want to make sure what I heard. Do you, the New York Senator Hillary Clinton, support the New York governor’s plan to give illegal immigrants a driver’s license? You told the Nashua, N.H., paper it made a lot of sense.
MRS. CLINTON: It——
MR. RUSSERT: Do you support his plan?
MRS. CLINTON: You know, Tim, this is where everybody plays gotcha. It makes a lot of sense. What is the governor supposed to do? He is dealing with a serious problem. We have failed, and George Bush has failed.
Do I think this is the best thing for any governor to do? No. But do I understand the sense of real desperation, trying to get a handle on this? Remember, in New York we want to know who’s in New York. We want people to come out of the shadows. He’s making an honest effort to do it. We should have passed immigration reform.

There were other factors which culminated in nomination for Senator Obama, but Christopher Dodd had found the chink in Hillary Clinton's armor. Whether because she was seen as supporting something seemingly outrageous or simply because she was unprepared to answer a question about an issue in her home state, Mrs. Clinton's smooth glide to the nomination was over.

Yet now, nary a Democrat is able or willing to question a similar initiative in New Jersey and Republicans, realizing that there are issues far more critical to their donor class and which threaten the control and command of the political system by the 1%, generally have not found their voice.  Throughout the country- but especially in New Jersey, where Christopher J. Christie remains supreme with power envied by Vladimir Putin- social services are endless cut partly because of a (short-sighted) effort to hold the line on taxes. Yet, Democrats in several states are determined, as Chris Dodd understood 6-7 years ago, to create "a bureaucratic nightmare."

Little if anything has been accomplished nationally on illegal immigration, and perhaps making incremental changes state-by-state will wear down GOP opposition to granting citizenship to undocumented/illegal immigrants.  But until then, most reforms, incremental and spasmodic, will continue to make the situation worse for Americans, of whatever national background. 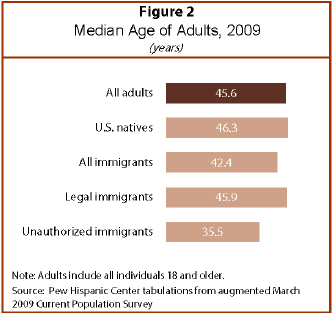