Texas Repub Senator Ted Cruz was crowing. "I was convinced," he bragged, "that as Secretary of State John Kerry would place what he considered to be the wishes of the international community above the national security interests of the United States. I fear with these most-recent ill-chosen remarks, Secretary Kerry has proven those concerns well founded."

Unsurprisingly, AIPAC also pounced, maintaining "any suggestion that Israel is, or is at risk of becoming, an apartheid state is offensive and inappropriate" (comma after "is" and "becoming"- someone knows his/her English grammar!).  David Harris of the more mainstream American Jewish Committee added "In trying to make his point, Kerry reaches into diplomatic vocabulary to raise the stakes, but in doing so he invokes notions that have no place in the discussion.”

Two prominent Jewish Democrats also were repulsed.  Nita Lowey of New York, the ranking member on the House Appropriations Committee, took to Twitter to comment  “Inflammatory rhetoric comparing Israel’s democracy to repugnant apartheid policy is irresponsible, inaccurate & counterproductive.”   Senator Barbara Boxer of California less explicitly remarked that comparing the Jewish state to apartheid "is nonsensical and ridiculous."  A statement from Democratic Senator Mark Begich of Alaska argued “Secretary Kerry knows as well as anyone that negotiating lasting peace in this region of the world is difficult but it’s not productive to express his frustration in this way,”

A two-state solution will be clearly underscored as the only real alternative. Because a unitary state winds up either being an apartheid state with second-class citizens—or it ends up being a state that destroys the capacity of Israel to be a Jewish state.   Once you put that frame in your mind, that reality, which is the bottom line, you understand how imperative it is to get to the two-state solution, which both leaders, even yesterday, said they remain deeply committed to.

Kerry's critics are right, but not for the reason they imply.  Continuation of the present trend (and no one has suggested how that trend can be interdicted) would lead to a majority Palestinian state in what otherwise is rightfully a Jewish state.  :Ultimately, Kerry was not labeling Israel an apartheid state, suggesting instead that continuation would be either a non-Jewish state or one characterized by apartheid. A similar point was made by former Israeli Prime Minister and Defense Secretary Ehud Barak, who explained in 2010 "as long as in this territory west of the Jordan River there is only one political entity called Israel it is going to be either non-Jewish, or non-democratic.  If this bloc of millions of ­Palestinians cannot vote, that will be an apartheid state."

However, although Kerry's critics have assiduously avoided citing an inaccuracy in his "offensive, irresponsible, ill-chosen, counter-productive" remarks, Barak and the US Secretary of State are wrong for one, fundamental reason.  Rogin notes

According to the 1998 Rome Statute, the “crime of apartheid” is defined as “inhumane acts… committed in the context of an institutionalized regime of systematic oppression and domination by one racial group over any other racial group or groups and committed with the intention of maintaining that regime.” The term is most often used in reference to the system of racial segregation and oppression that governed South Africa from 1948 until 1994.

Race can be an elusive subject.  However, Merriam-Webster defines "semite" as"a member of a group of people originally of southwestern Asia that includes Jews and Arabs." By that definition, control of Palestinian Arabs by Palestinian Jews (otherwise known as "Israelis") hardly would be apartheid. Further, modern Jews may be descended from Europe or from the Middle East. Still no apartheid.

But the Secretary of State is not alone in failing to recognize the trickiness inherent in defining ethnicity. Then-Senator Joseph Lieberman, himself a Jew, was one of the first Americans in the modern era to refer to "Jewish-Americans." Judaism, he implied, is not a religion but rather an ethnicity akin to Polish-American, Italian-American, or African-American (a reference to Americans of African ancestry).   He not only passed over the varied national background of Jews, but failed to recognize Judaism as a religion.  It's that Old Testament thing, which an orthodox Jew such as Lieberman might have been expected to notice. Nevertheless, he avoided proper condemnation for practicing atrocious anthropology without a license. And very bad anthropology at that, practiced with the self-righteousness Lieberman sometimes appeared to have invented.

It is, no doubt, a wistful thought that the policies of the Secretary of State should come under greater criticism- or praise- than his careless use of the word "apartheid."  But like a certain National Basketball owner with loose lips, John Kerry is of the modern era, another public figure evaluated for his words while his actions go relatively unexamined. 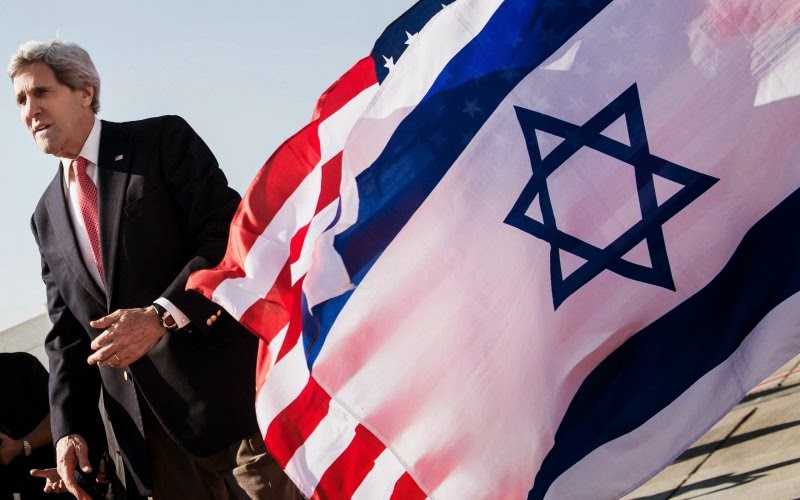