Nothing To Do With Religious Liberty

The editors of the National Review, enraged at the forced resignation of Mozilla CEO Brendan Eich (photo below from NR), argue

The nation's full-time gay rights-professionals simply will not rest untila homogeneous and stultifying monoculture is settled upon the land, and if that means deploying a riduculous lynch mob to pronounce anathema upon a California technology executive for private views acted on in his private life, then so be it....

You will be condemned for opposing same-sex marriage, they write

Unless, that is, you're the anti-gay-marriage candidate that all the pro-gay-marriage people voted for in 2008, in which case youget a pass, apparently on the theory that everybody assumed you were being willfully dishonest of r political reasons. (That assumption provides a relatively rare point of agreement betyween homosexual activists and the editors of this magazine.0 There simply is to be no disagreement, no disssent, and no tolerance for other points of view.

Admittedly, "everybody" had assumed (President Obama) was "being willfully dishonest for political reasons."  There was little surprise when he came out for legalization of same-sex marriage, given that Mr. Biden had maybe a week earlier enunciated the same view, and Mr. Obama was loathe to have it appear his running mate had "evolved" to a higher level than had he.

But clearly the editor's reference to gay activists as the "lynch mob" is hyperbolic and over-the-top, as references to a lynch mob always are, save in the context of America's sorry pre-civil rights era racial history.  "Having won the battle in California, the sore winners are roaming the battlefield with bayonets and taking no prisoners" is more colorful and avoids the stench of moral equivalence where there is none.

Of course, lynch mobs did their own hanging, whereas in this case any hanging was done not by the activists but by the powers within Mozilla.   You no doubt were unsurprised that National Review honchos are loath to concede that it was precisely the free enterprise system they believe works God-like miracles in the absence of regulation which saw to it that Mr. Eich was punished for his political views. The Big Money Boys (and girl, in this case) got their scalp, which in other instances is a source of comfort, rather than discomfort, to the right.

As the editors of NR recognize, Mr. Eich was not punished for his political views but for "views acted on in his private life."  There is, as five members of the Supreme Court  (see Citizens United and McCutcheon v. FEC) fail to understand, a distinction between speech and views acted upon.  Campaign finance and Eich's donation- which, not coincidentally, also was behavior meant to reflect political views- fall into the latter category.  It is refreshing for a conservative publication to understand the distinction, at least in the case of the aforementioned California technology executive.

Not surprisingly, however, the editors could not leave well enough alone, imagining "civil-rights laws are being deployed to coerce members of religious minorities into falling in line with the demands of those who hold political power."  One can assume only that they were referring to Hobby Lobby and the related plaintiffs. The vast majority of the USA still is Protestant, Roman Catholic, or Orthodox Christian.  Casting Christians in the role of a victimized minority in a nation which has yet to elect a Jewish, Muslim, atheist, or even professed agnostic as President or Vice-President is borderline paranoid.

In the case currently pending decision by the Court, it is not "members of religious minorities," by which NR means individuals.  But plaintiff's counsel in Sebelius v. Hobby Lobby Stores, Inc. instead maintained  "It is no accident that the claims that you have before you in these cases are brought by small closely-held corporations that have firmly held religious beliefs."  I have yet to notice sitting beside me in church a corporation of any size.   Nor has one been sentenced to prison, and they are afforded protection against personal liability for debts and obligations individuals lack.

The editors of National Review accurately note "in other countries, there are speech codes policing what may be said and written about the subject, and there are those among us who wish to emulate them."  But requiring companies such as Hobby Lobby, Conestoga, and Mozilla, which serve the public, to abide by the anti-discrimination statues to which the rest of us are held does not constitute religious coercion.

And it would be too late specifically for Hobby Lobby, were it not for five Justices who are protective of corporations against all comers.   The company's 401(k) employee retirement plan- to which Hobby Lobby makes large matching contributions- has "held more than $73 million in mutual funds with investments in companies that produce emergency contraceptive pills, intrauterine devices,and drugs commonly used in abortions," Mother Jones has found.  As with so many others, that business is dependent upon imports from the abortion-friendly government in Beijing.  Few of those employers, however, responded to the Affordable Care Act's contraception provision with something analogous to a deathbed conversion, or what the National Review editors refer to as "firmly held religious beliefs."

Conservatives are right to be outraged at what happened to Brendan Eich. But they should be outraged, also, by the treatment of ordinary American workers who, because they are employed at-will, are subject to discrimination, unpaid labor, and/or borderline wage theft. The left, and especially the center, too infrequently acknowledge that extends well beyond gay citizens or illegal immigrants.  The right, though, fails to acknowledge it is pervasive and rarely related to any reasonable notion of religious discrimination. 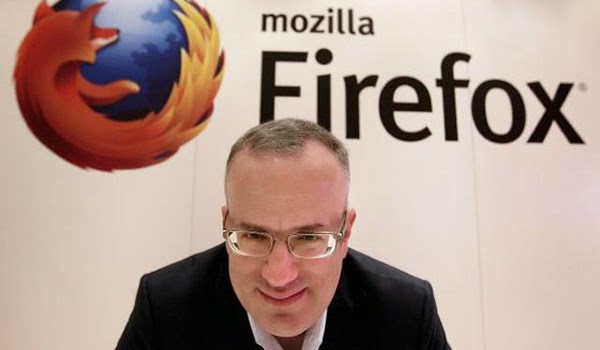