Pam Ramos Gets Her Answer


"Things have always been tight," Walmart employee Pam Ramos writes Thursday in Salon (from which the photo below is taken), but the situation recently has turned worse.  When she felt ill a couple of months ago, her doctor told her to take a week off and she went daily to the hospital, where she spent $30-$100 "for financial appointments, tests, and x-rays."   Without money for rent, she sleeps on her son's living room floor but now believes she may have colon cancer.  Netting only $400 bi-weekly, she may be unable to "finish the tests and get treatment," even with the insurance she receives through her employer

Ramos notes her "situation is not unlike that of many of the 825,000 Wal-Mart associates – and many other Americans – who are working hard, but just can’t keep up. Most of us aren’t even paid $25,000 a year even though we work at the largest employer in the country and one that makes $16 billion in profits." But as a member of OUR Walmart, a worker organization Salon describes as trying to get the corporation to "commit to paying workers $25,000 a year, providing full-time work and ending illegal retaliation."

That doesn't seem like asking too much, and with President Obama due to visit her store in Mountain View, California the following day, Ramos wanted

the president to help us and tell Wal-Mart to pay us enough to cover the bills and take care of our families. That doesn’t seem like too much to ask from such a profitable company, a company that sets the standard for jobs in this country. And I hope it’s not too much to ask from a president who believes that income inequality is the defining challenge of our time.

President Obama, in a glaring example of deeds unmatched to words, on December 4 at an event sponsored by the Center for American Progress did describe "dangerous and growing inequality" as "the defining challenge of our time."  You won't be surprised that this came on the heels of attacks by Pope Francis on the greed endemic to rapacious capitalism, rendering Obama's declaration as something less than boldly audacious.  (You may also have heard the President advocate an increase in the minimum wage, a position he no doubt noticed is held by nearly 3/4 of the American public- and now by Mitt Romney.)

So it should come as no surprise that

Standing beneath the glare of fluorescent lights inside a Walmart store, President Obama on Friday rolled out his plan for sweeping energy reform, an ambitious effort to convert more businesses, homes and government building to solar power.

Obama's energy initiative -- an executive action that calls for investments in more solar energy jobs, upgrading homes and buildings to be more efficient, and partnerships with the housing and tech industries -- is a core piece of Obama's oft-derailed climate change effort and aims to move the country away from foreign oil dependency while creating more jobs in the renewable energy sector...

Obama's visit to Walmart was the first ever by a sitting president to a Walmart store -- to the world's largest retailer raised the ire of some labor advocates, who have long criticized the retailer for low wages and importing good from China rather than buying from U.S. manufacturers. Labor groups also protested alongside environmentalists demanding a halt to the Keystone XL pipeline the street outside the Fairmont Hotel on Thursday.

Perhaps in December, Barack Obama will salute the Koch Brothers for giving toys to children at Christmas. But for now, "What numbskull in the White House arranged this?" asked a suitably apoplectic Robert Reich on his Facebook page. No numbskull, Mr. Reich, only a member of the Administration who knew what the President, who will make everything better by giving a nod to the left sometime soon, wants.  It's how he rolls. 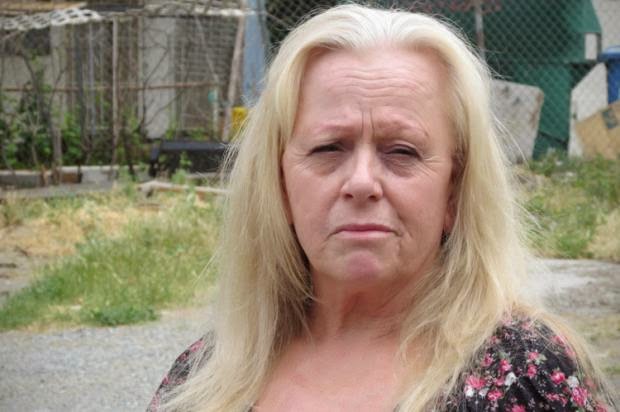