Lenny DeFranco notes that of 49 majority owners in the National Basketball Association, only one is black while 76% of the leagues players are black.  The NBA is often described as suffering from a plantation mentality, which will not change when Donald Sterling's Los Angeles Clippers are sold. He argues

The least Adam Silver could have done was announce a lifetime ban, but his action fell far short of the nobility suggested by the emetic outpourings on ESPN and in sports columns. What’s really called for is a total overhaul of the business model—a total removal of the owners’ control over our teams. The teams collect fans’ ticket money, are broadcast on public airwaves, and play in stadiums often built by taxpayer dollars. Most of all, they are cash cows precisely because of we the people who love them. These teams belong to us. It would be nice to cut out the megalomaniac middlemen.

And so it would. But Adam Silver has turned the team over to Donald's wife, and DeFranco explains

Nothing illustrated the sham victory of deposing Sterling more than the Clippers’ hearty embrace of his estranged wife Rochelle. “I am not a racist,” she said when the tape was first released. “I never have been, I never will be. The team is the most important thing to my family.” Instructive words, these. Just in the same way that “racism” in this story has been portrayed as a binary medical condition, something akin to pregnancy, so does her statement admit that her take on race is relevant only as it pertains to the men who her family employs to play basketball. She was smart to have specified that, lest one conflate her feelings on Clippers blackness with the feelings she is known to have about the unremarkably black and Latino tenants of her residential properties. During her day job as Cruella de Vil, Shelly Sterling has accumulated nearly the same record of outright racism as her piece of shit husband, who, let’s not forget, she has been married to for almost 60 years. She once impersonated the health inspector to obtain a racial census of her buildings. But no, she is not “a” racist. The tests came back negative.

As these morality plays so often happen, all that matters is that Rochelle Sterling can claim the virtue of having not been recorded on the surreally racist tape that did in the old man. Her reward? A pass from the media and a good word from Clippers coach Doc Rivers, the likeliest person to emerge as the protagonist when they make the Sterling TV movie. “It’s a tough one for Shelly, really,” Rivers said. “She didn’t do anything wrong. You have compassion for her.” Indeed, it must have been hell for this wealthy and bitter estranged wife to watch the world pile on her ex-husband and his young mistress.

No fan of the Sterlings (2012 photo below from USA Today) , DeFranco nonetheless noted "part-time NBA commissioner Adam Silver banned the owner from even thinking about the NBA ever again. "

DeFranco's insights are even more valuable than he realizes. In noting "part-time NBA commissioner Adam Silver banned the owner from ever thinking about the NBA ever again," DeFranco identifies what would be a horrifying aspect of this saga, in the unlikely event a similar response were made to a similar offense.  In the press conference announcing he was fining Mr. Sterling, banning him from any association with his team or the NBA, and asserting his influence to force the Clippers to be sold, Silver- honestly and without any sense of irony- stated "The views expressed by Mr. Sterling are deeply offensive (and) sentiments of this kind are contrary to the principles of inclusion and respect..."

Silver said nothing about any actions on the part of the team owner, and in fact, there is little or no evidence that Sterling's behavior, past or present, private or public, played any role in the commissioner's response. Consider this: "the views expressed" by the subject reflected reprehensible "sentiments."  Go and sin, again, Mr. Sterling, do anything you wish; just make sure your private thoughts aren't recorded.

One of the reporters at the press conference asked the commissioner "should someone lose their team for remarks shared in private as this is a slippery slope?"  In a reversal of the "whatever happens in Vegas, stays in Vegas" approach, Silver replied "whether or not these remarks were initially shared in private, they are now public, and they represent his views."

That suggested this could be the infamous "slippery slope," but there is little to fear, as reflected in DeFranco's observation

There has been far too much high-fiving over this. ESPN out-schlocked even itself covering the Clippers’ subsequent playoff victory over the Warriors, which came the night after civil rights crusader and part-time NBA commissioner Adam Silver banned the owner from even thinking about the NBA ever again. Following this swift decision, which no doubt bent Dr. King’s cosmic arc a bit closer to justice, fans were then morally free to attend the Clippers game and hold up heartfelt signs. No word on whether the ticket money from all these social justiceniks was routed to somewhere besides Donald Sterling’s pocket. (Probably because it wasn’t.)

The slogan in the Donald Sterling scandal is ”There is no place for this in our game.” This is one of those weirdly eloquent phrases that loses its honesty in robotic mimesis, like when a tech support worker says “I see” too many times as you describe your problem over the phone. It’s the perfect response to the situation at hand—sympathetic, non-committal, attentive—which makes it that much clearer why it was written into the script. The concept of there being “no room for that in our game” operates likewise. It assumes a high moral vantage and conjures an image of crowding out, of post-racial magnanimity having so overtaken the NBA and the culture at large that small-mindedness just starves for sunlight and dies. The sentiment is more powerful and optimistic than merely condemning Sterling’s statements as ignorant; it’s a dismissal. It’s a verdict. Adam Silver chose the line to punctuate his ruling on Tuesday: “We stand together in condemning Mr. Sterling’s views. They simply have no place in the NBA.”

Oh, please; there is, has been, and will continue to be,  a place for those views in the NBA, especially in light of Adam Silver's actions.  Sterling told girlfriend Viviano she could have sex with blacks and "can bring them in, you can do whatever you want" but not "bring them not my games." He warned her not to put Earvin Johnson "on an instagram for the world to have to see so they have to call me."  He didn't want to look bad in front of his fellow billionaire owners, but now that the NBA has cracked down on a bigoted old man, it has purged itself of racism.

This should sound familiar. Rush Limbaugh turns it on its head, though, when he contends "Voting for Obama was supposed to erase the notion that this nation was racist or bigoted or what have you.  If a bunch of white people voted for a black man to be president, that alone would supposedly end any argument that this was a racist, sexist, bigoted country."  But voting for Obama never was "supposed to erase that this nation was racist," though conservatives used the Democrat's victory to claim it proved that racism had ended. And now, bless his soul, Adam Silver can pretend this problem is on its way to resolution, that his league is a beacon of light in the darkness. 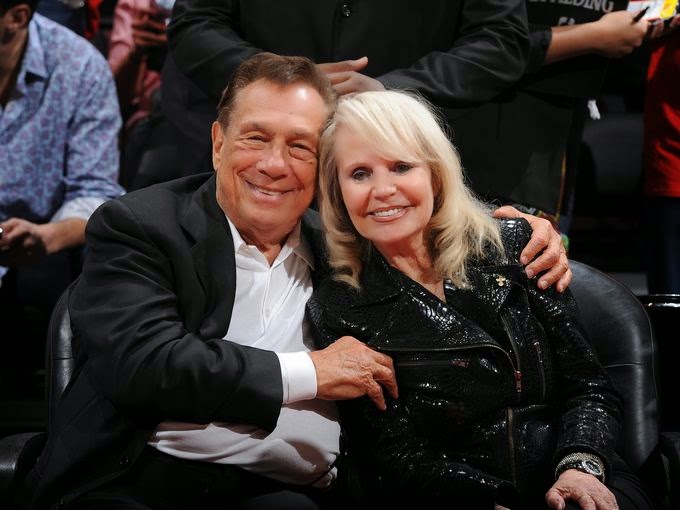