If we were to argue, for instance, that abortion should be banned at, say, 20 weeks because late abortions are dangerous to the mother’s health, let’s look at the fact of abortion,” Balch said to an auditorium of roughly 100 people, many of them members or leaders of state National Right to Life affiliates. “You know that a mother’s risk of death by abortion after a particular time—in this instance let’s say 20 weeks pregnant—the risk to the mother’s life rises to .09 [for] every 1,000 abortions. But let’s compare the other risks of a woman’s health. We know, for instance, that if she was to get liposuction that there’s .19 deaths for every 1,000 procedures. If you look for facelifts, it’s .2 per 1,000 procedures. For C-sections, 1.98 per 1,000, versus vaginal deliveries, which are .63 per 1,000.”

It begins not with facts, nor with an honest acknowledgment of them, nor with "dialogue."   The facts have been there on the pro-choice side and have not carried the day.  As of now, Balch's remarks seem to have come and gone with little fanfare, enraging few and changing the minds of none.

It begins with people such as Assemblywoman Lucy Flores (photo from the AP via Salon), now the Democratic nominee for Lieutenant Governor in Nevada. TPM's Benjy Sarlin recently reported that in 2003, she

testified in support of a bill expanding school health programs. As she explained from the witness table, her school’s failure to teach sex education had a direct impact on her family.

“I had six other sisters … all of them became pregnant in their teens – all of them,” Flores said. “One of them was 14 years old when she got pregnant with twins.”

Then, with a nervous laugh, Flores told her colleagues something she had never admitted to anyone.

“Since I’m sharing so much this session, I might as well keep going,” she said. “I always said that I was the only one who didn’t have kids in their teenage years. That’s because at 16, I got an abortion.”

Flores' testimony has been met with 'torrent of abuse via phone, e-mail, and text messages, including death threats. The 'absolutely horrific' response, as Flores described it to msnbc, led her to question whether 'perhaps, the sharing has just gone too far.'"

No, it hasn't, though there need to be more like her, willing to describe an experience of tens of millions of American women, very few of whom- understandably- have the remarkable courage it takes to speak up. Salon's Katie McDonough writes

This is a real opportunity for Democrats who have only just begun to play offense on reproductive rights to start turning things around. For years now, anti-choice politicians have used bogus science and faux concern for women’s health to own the terms of the debate, and the consequences have been devastating. If more women like Flores started coming out with their own experiences about abortion care — how far they had to drive to reach a clinic, how much it cost them, the protesters they confronted on their way, their experience with the doctors and clinic staff — it would demystify the experience for the many Americans who are getting their information about reproductive healthcare from caveman fools like Lindsey Graham and Rick Perry.

We’re long overdue for some common sense and reality checking in our debates about reproductive healthcare. Lucy Flores was willing to step up. Who’s next?

Perhaps no one now.. Eventually, though, there will be others. We have seen the blueprint, in which. public acceptance of same-sex marriage has not soared in the past 2-3 years because of a reconsideration of the Fourteenth Amendment's guarantee of due process and equal protection of the laws. Prominent individuals such as Dick Cheney (several years ago), Rob Portman, and Jim Petro have publicly declared their support while revealing a member of their family is gay. Doubtless countless others have reassessed their position now that they've found a person or persons they know to be gay, making continued opposition to same-sex marriage rather uncomfortable.

Obviously, other factors are involved, such as the ability to cast support as faithfulness to the traditions of marriage and monogamy, as well as the realization that gay marriage (unlike abortion rights) does not chip away at the power relationships in society. When Justice O'Connor in Planned Parenthood v. Casey declared "The ability of women to participate equally in the economic and social life of the nation has been facilitated by their ability to control their reproductive rights," she probably did not realize she was inadvertently encouraging the mobilization of anti-choice sentiment.

There was a time that approval of same-sex marriage seemed out of the realm of possibility.Since that time, a deluge of individuals has come out ("come out of the closet." as it once was termed) and for abortion rights, a public proclamation like that provided by Lucy Flores eventually will result in the attainment of reproductive rights throughout the nation. 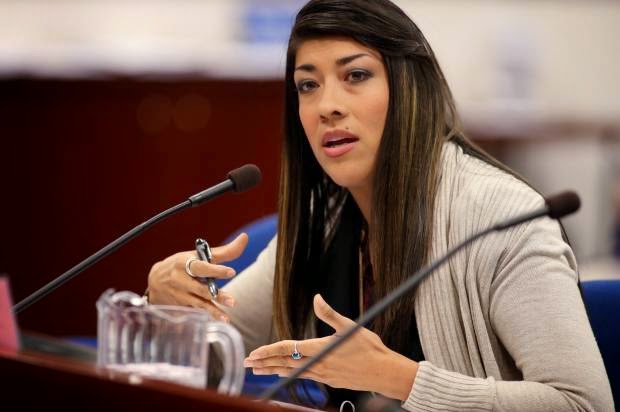