As Carville Would Have Put It: It's Grand Juries, Stupid.

Some things you just can't make up.   Writing on Think Progess, Judd Legum is unhappy that the grand jury in St. Louis County declined to return an indictment of police officer Darren Wilson in the killing of an unarmed Michael Brown and argued

There were several eyewitness accounts that strongly suggested Wilson did not act in self-defense. McCulloch could have, and his critics say should have, presented that evidence to the grand jury and likely returned an indictment in days, not months. It’s a low bar, which is why virtually all grand juries return indictments.

But McCulloch chose a different path.

There are quite a few curious elements in the Wilson-Brown matter. Announcement after dark of the decision by the grand jury appears to have been deliberately provocative.  And as this Washington Post article points out, the uncommon forensic practices followed should draw a great deal of scrutiny.   In general, the task of holding police officers and their departments accountable is daunting.

But there should not be, for the left, knee jerk condemnation of the decision of the grand jury. Legum cites defense of the grand jury system by Supreme Court Justice Antonin Scalia (AP photo by David Tulis), support which should give pause to a blogger employed by the Center for American Progress. The Associate Justice in a 1992 case maintained (emphasis Legum's)

It is the grand jury’s function not ‘to enquire … upon what foundation [the charge may be] denied,’ or otherwise to try the suspect’s defenses, but only to examine ‘upon what foundation [the charge] is made’ by the prosecutor. Respublica v. Shaffer, 1 Dall. 236 (O. T. Phila. 1788); see also F. Wharton, Criminal Pleading and Practice § 360, pp. 248-249 (8th ed. 1880). As a consequence, neither in this country nor in England has the suspect under investigation by the grand jury ever been thought to have a right to testify or to have exculpatory evidence presented.

This is the same Judd Legum who sixteen months ago, repulsed by the acquittal of George Zimmerman in the killing of 17-year-old Trayvon Martin, blasted discrimination against black males in the criminal justice system.  Legum cited various sources- numbers 2, 4, and 8 are from Michelle Alexander- for outcomes for what he claimed is "the same conduct":

2. In major American cities, as many as 80% of young African-American men have criminal records.

4. In seven states, African Americans constitute 80% or more of all drug offenders sent to prison.

5. Black students are three and a half times as likely to be suspended or expelled than their white peers.

6. Black youth who are referred to juvenile court are much more likely to be detained, referred to adult court or end up in adult prison than their white counterparts.

7. The United States imprisons a larger percentage of its black population than South Africa did at the height of apartheid.

These seven statistics largely don't necessarily mean much, although #6 is, on its face, very significant. But no matter. Legum is apoplectic about grossly differential outcomes in the criminal justice system.  And yet somehow, he neglects the factor with the greatest impact: the ingrained presumption of guilt in criminal matters.

High school civics teachers, as they are expected, will preach that in the USA, we're all presumed innocent, that we are innocent until proven guilty beyond a reasonable doubt. The reality is nearly the opposite.  Once a grand jury finds there is probable cause to believe a crime has been committed by a particular individual, he or she will be bound over for trial and, to avoid tremendous time, hassle, and expense, nearly always will plead guilty.

Clayton County, Missouri prosecutor Robert McCullloch strained to avoid advocating for the state, not to convince the grand jury to return an indictment of Darren Walker for slaying Michael Brown. His approach calls into question (even fosters doubt about) his motivation,

But if his strategy were more common, there would be fewer indictments returned. Nevertheless, combined with more effective law enforcement and forensic method than followed in this case, indictments would follow when appropriate.

As established, the criminal justice system is heavily skewed toward the wealthy, hence against the middle class, even more so against the poor. A higher bar for indictment would remove much of the bias, resulting in fewer whites and many fewer blacks, going to prison unnecessarily.   One would expect that for journalists such as Legum and, more critically, ideologues such as Michelle Alexander, that would be a higher priority than citing statistics with little context and little meaning. 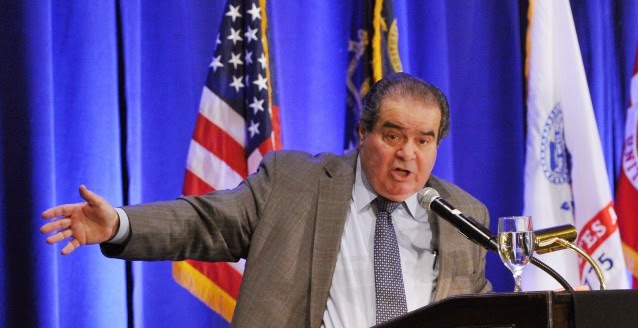