Rush Limbaugh Does Not Believe Imitation Is The Sincerest Form Of Flattery.

is threatening to sue the Democratic Congressional Campaign Committee for a series of fundraising e-mails that suggested Limbaugh was condoning campus rape in comments he made on his widely syndicated program on Sept. 15.

In a letter to the Washington-based organization intended for delivery Monday morning, Limbaugh’s lawyer demanded a retraction and a public apology for the fundraising e-mails. The letter indicated Limbaugh will sue for defamation and business “interference” if his demand isn’t met.

DCCC representatives were not available Monday; the organization’s offices are closed for the Veterans Day holiday.

The legal threat is the result of DCCC fundraising appeals sent out in the wake of Limbaugh’s on-air comments about a new policy at Ohio State University that instructs students to get verbal consent before having sex. The DCCC highlighted one particular sentence from his commentary — “How many of you guys . . . have learned that ‘no’ means ‘yes’ if you know how to spot it?” — saying it was tantamount to condoning sexual assault.

Limbaugh says the DCCC took the comment out of context and twisted it in its fundraising appeals. “We love opinions, but this crossed a very bright line,” said Limbaugh’s spokesman, Brian Glicklich, in an interview. “They lied about his words. They quoted something specific and out of context, and it is a lie.”

The DCCC used the comment in three e-mail blasts seeking funds and created a Web page encouraging supporters to boycott Limbaugh’s advertisers. “Comments of this offensive nature are inexcusable,” wrote the DCCC’s chairman, Rep. Steve Israel of New York, in one such e-mail. “Rush Limbaugh is advocating for the tolerance of sexual assault. He should be taken off the air immediately.”

Israel asked recipients to sign a petition calling on Limbaugh’s advertisers to stop supporting his program.

No, actually Rush wasn't taken out of context, for while complaining about a policy at Ohio State University he had stated

“How many of you guys, in your own experience with women, have learned that ‘no’ means ‘yes’ if you know how to spot it? I’m probably… Let me tell you something, in this modern (world)… that’s not tolerated. People aren’t even going to try to understand that one. It used to be said as a cliche, it used to be part of the advice young boys were given. See, that’s what we’ve got to change. We have got to reprogram the way we raise men. So now… permission every step of the way, clearly spelling out ‘why.’ (Are) these (rules) not lawsuits waiting to happen if even one of these steps is not taken?”

Whether that constitutes "advocating for the tolerance of sexual assault," as the DCCC claims, turns on one's definition of sexual assault, which seems to vary from one source to another. But the statement blasted by the DCCC isn't even Limbaugh's worst foray into the field of gender bias. Raw Story in mid-September revealed (audio/video way below)

Radio host Rush Limbaugh on Thursday suggested that football fans would reward a Florida State player’s behavior after he was suspended for shouting obscenities about female genitals.

Deadspin first reported on Tuesday that Florida State quarterback Jameis Winston had been seen by students standing on a table in the student union, and yelling, “f*ck her right in the p*ssy.”

The phrase is an Internet meme that was derived from a hoax video of a fake local news report.

Florida State officials announced on Wednesday that Winston would be benched for the first half of Saturday’s game against Clemson.

On his Thursday radio show, Limbaugh explained that Winston had been suspended for “shouting about vaginas and stuff.”

“I’m going to make a prediction to you,” the conservative host said. “I guarantee you when this guy shows up for the second half, he’s going to get a standing ovation.”

Limbaugh added: “He’s going to get a standing ovation for doing what he did. ‘That a way, that a way to bust through, man. Way to really blow out the envelope, man. That’s so cool.’ And they’re going to give him a standing ‘O.’ You wait and see.”

Rush really did say "he's going to get a standing ovation for having the guts."  We already recognized Limbaugh's attitude toward women; Sandra Fluke and most Americans have known that for some time.  What may be most astounding is that he wants to sue someone for appropriating his modus operandi, for allegedly taking something out of context.

Just yesterday, the man, the myth, the elitist and hypocrite par excellence agreed with a caller moaning about "general aviation" and commented "You mean when he attacks businesses or others for their charter flights like getting on a plane and going to Vegas like he did back in 2009?" A moment later Limbaugh continued

They try to stay under the radar, which means they try to incur less and less expense, and that all has a negative impact on people like you who work in that industry.  There's no question that Obama's stigmatized it, because, "That's 'the rich.' That's just wasted money. It's polluting the planet! Not everybody can do it, so it isn't fair," blah, blah, blah, blah.  As to your first question, do I think we're gonna restore the nation?

If none of this makes any sense, well, welcome to the Rush Limbaugh show. But the host evidently (as far as can be discerned because, well, he constantly takes things out of context) was referring to a couple of remarks made by President Obama, the first in early 2009 when, Obama admonished corporate executives by stating "You can't go take that trip to Las Vegas or go down to the Super Bowl on taxpayers' dime." In February, 2010 the President (making a false analogy between microeconomics and macroeconomics) remarked "When times are tough, you tighten your belts. You don't go buying a boat when you can barely pay your mortgage. You don't blow a bunch of cash on Vegas when you're trying to save for college."

Somehow, that became Obama stigmatizing "people like you who work in that industry" (huh?).  And it became Obama saying "That's just wasted money. It's polluting the planet." The claim  "Rush Limbaugh is advocating for the tolerance of sexual assault" in his most recent remarks is debatable. Claiming President Obama is stigmatizing middle-class people because he criticized people who own one or more private planes represents a flight from reality (photos of Limbaugh's private Gulfstream jet, below). Saying Obama was complaining about "polluting the planet" is testing the outer reaches of fantasy

"They quoted something specific and out of context, and it is a lie,”  says plaintiff's lawyer. As Tom Sullivan, blogging at Hullabaloo, recognizes "Uh, that's Limbaugh's business model, pal. Is Rush suing for defamation or patent infringement?" 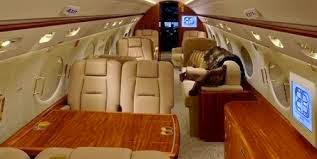