And The Answer Is "Yes"

Leave it to The Nation, in this case Zoe Carpenter, to ask the question begging to be answered "More broadly, does it matter that the right is using criminal-justice reform to legitimize its broader anti-government ideology?"

asked Gingrich whether he thought that any savings from shrinking prisons should be reinvested in education and other policies to reduce poverty. “A certain amount of this money has to be re-allocated particularly in the mental-health area, but also, frankly, in the retraining of people who were first time offenders,” he said. “If there’s surplus after that, I think it’ll go to reduce the deficit or to reduce debt.”

Gingrich did not say money could be re-allocated to the mental health area, but in the mental health area (perhaps for privatization).  Re-training first-time offenders would be particularly effective were there jobs to re-train them for.  And so Carpenter got her answer about the right's interest in legitimizing its anti-government ideology.  University of Pennsylvania political scientist Marie Gottschalk observes

Today’s left/right kumbaya moment on criminal justice reform rests partly on what I call the pathologies of deficit politics. Hitching the movement against mass incarceration to the purported fiscal burden of the carceral state helps reinforce the premise that eliminating government deficits and government debt should be the top national priority.

She notes the many states which "have eliminated or reduced programs for prisoners, cut back on correctional health care, and even slashed food services" and explains

If you care about reentry and about keeping people out of prison in the first place, there’s no public policy that you should support more strongly now than Medicaid expansion. Medicaid expansion gives states huge infusions of federal money to expand mental health services, substance abuse treatment, and medical care for many of the people who are most likely to end up in prison. It also allows states and localities to shift a significant portion of their correctional health care costs to the federal tab.

But while slashing social services plays a critical role in fostering delinquency and crime, high rates of incarceration- which enrage Gottschalk and virtually all criminal-justice reformers- are maintained via privatization.   As of 2013, nearly two-thirds of private prison contracts contained a "lockup" provision (illustration below from In The Public Interest), in which quotas assure that the state will maintain a particular level of capacity or its taxpayers ante up the difference.    The number of private correctional facilities is not declining and privatization is growing. 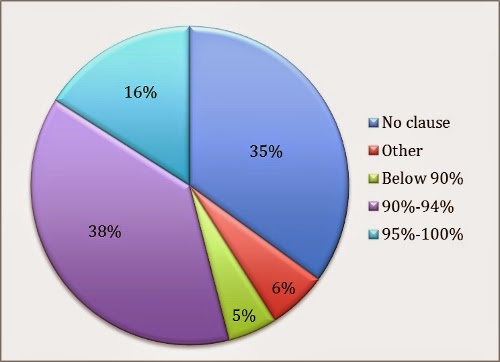 Private prisons subsist, as the ACLU had found, by "cutting corners at the expense of public safety and prison security." Conditions of squalor and assault are more common than in public facilities and there is little or no incentive for rehabilitation of inmates.

You won't hear any of that from Newt Gingrich, of course. And you won't hear it from another reformer, "Grover Norquist," whose career has been dedicated to shrinking government to a size enabling it to be "drowned in a bathtub"  and who has charged "Democrats only support (criminal justice reform) because all their relatives are in prison."  You won't hear it either from one of the liberal/progressive reformers, Cory Booker, who once called attacks on private equity "nauseating," even while serving as a surrogate for the re-election of Barack Obama, one of private equity's (tepid) critics.

Because improvements at the margin are possible, the sound and fury of reformers may not signify nothing.  But as long as Repubs continue to press for cutting budgets at the expense of the poor and for privatization of virtually everything, the sound and fury will signify very little.