In January's State of the Union address, it was "To give working families a fair shot, we still need more employers to see beyond next quarter’s earnings and recognize that investing in their workforce is in their company’s long-term interest.  We still need laws that strengthen rather than weaken unions, and give American workers a voice."

In his interview with Vox later that month, it was "In some ways we're now back to the position where we can focus on what is this longer-term trend, and that is a larger and larger share of wealth and income going to the very top, and the middle class or folks trying to get into the middle class feeling increasingly squeezed because their wages have stagnated. "

This month, it was criticizing Wisconsin Scott Walker by remarking "it’s inexcusable that, over the past several years, just when middle-class families and workers need that kind of security the most, there’s been a sustained, coordinated assault on unions, led by powerful interests and their allies in government."

There is a once-popular acronym for this: ATNA.; all talk and no action. As the President pursues fast-track trade authority for the Trans-Pacific Partnership. Politico reports

“It’s the difference between what we say and what we actually do,” said Larry Cohen, president of the Communications Workers of America. “Our problem with the president is, we agree with his agenda, but [trade] is not his agenda. This is the part that will get enacted.”

As another labor official put it: “He’s our best friend when it doesn’t matter.”

That brings to mind the old jingle from a bad beer: "when you say Budweiser, you've said it all." And when you say President Obama, that other labor official said it all.

It's virtually impossible to determine exactly what is in the Trans-Pacific Partnership, a pact the USA is negotiating in secret with Canada, Australia, Japan, and eight other countries in the Pacific rim.. But in its analysis, Public Citizen explained

There is simply no reason for foreign investors to pursue claims against a nation outside of that nation’s judicial system, unless it is in an attempt to obtain greater rights than those provided under national law. Moreover, many of the TPP partners have strong domestic legal systems. For example, TPP partners New Zealand, Australia and Singapore are all ranked by the World Bank as performing at least as well as the United States with regard to control of corruption and adherence to rule of law. Yet in a manner that would enrage right and left alike, the private “investor-state” enforcement system included in the leaked TPP text would empower foreign investors and corporations to skirt domestic courts and laws and sue governments in foreign tribunals. There, they can demand cash compensation from domestic treasuries over domestic policies that they claim undermine their new investor rights and expected future profits. This establishes an alarming two-track system of justice that privileges foreign corporations in myriad ways relative to governments or domestic businesses. It also exposes signatory countries to vast liabilities, as foreign firms use foreign tribunals to raid public treasuries.

This would take place under the pact's Investor-State Dispute Settlement provision, which the Alliance for Justice finds would

allow foreign corporations to bring challenges to government actions they allege threaten their investments not in that nation’s courts, but before a panel of private arbitrators – many of whom, as the letter points out, “rotate between being arbitrators and bringing cases for corporations against governments.”  The proceedings often lack an appeals process.  ISDS has been used by companies challenging health, safety, environmental, and labor laws around the world.

But it should come as no surprise that such a deal- which includes patent protections likely to jack up the cost of prescription medication (photo below by Graham Turner for The Guardian)- sends little starbursts throughout Barack Obama's body. While describing last autumn the powerful role of Obama adviser Valerie Jarrett in the Administration, The New Republic's Noam Scheiber noted Obama's legacies

emanate from the worldview that Jarrett and Obama share—call it “boardroom liberalism.” It’s a worldview that’s steeped in social progressivism, in the values of tolerance and diversity. It takes as a given that government has a role to play in building infrastructure, regulating business, training workers, smoothing out the boom-bust cycles of the economy, providing for the poor and disadvantaged. But it is a view from on high—one that presumes a dominant role for large institutions like corporations and a wisdom on the part of elites. It believes that the world works best when these elites use their power magnanimously, not when they’re forced to share it. The picture of the boardroom liberal is a corporate CEO handing a refrigerator-sized check to the head of a charity at a celebrity golf tournament. All the better if they’re surrounded by minority children and struggling moms.

Notwithstanding his early career as a community organizer, Obama, like Jarrett, is fundamentally a man of the inside. It’s why he put a former Citigroup executive and Robert Rubin chief of staff named Michael Froman in charge of assembling his economic team in 2008, why he avoided a deep restructuring of Wall Street, why he abruptly junked the public option during the health care debate, why he so ruthlessly pursues leakers and the journalists who cultivate them. It explains why so many of his policy ideas—from jobs for the long-term unemployed to mentoring minority youth—rely on the largesse of corporations.

It is a view not only from on high, but completely inadequate to the challenges of a time when worker compensation lags as corporate compensation soars, unions decline while employee benefits are slashed, and consumer protections are undermined.  And if the view has its apex in the Trans-Pacific Partnership, the neo-liberal and conservative dream of a servant society will be far closer to reality. 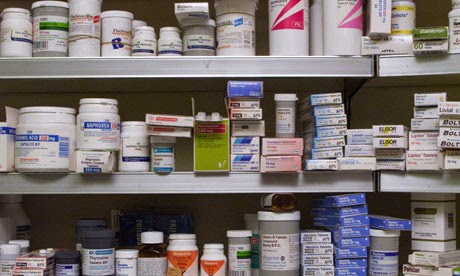