Test yourself with this Politico story to see if you can decipher the giveaway- the giveaway that the GOP, in opposing President Obama's effort to negotiate a nuclear deal with Iran, is less concerned with an outcome favorable to the USA than to undermine the presidency. Nick  Gass writes

Republican senators want to give Iranian leaders — and the president — a refresher on the constitutional balance of power.

In a highly unusual move, a group of 47 Republicans in the upper chamber has written to Iran’s top leaders to let them know that any nuclear deal they reach with the United States would be “nothing more than an executive agreement.”

In an appearance on “Fox and Friends” Monday morning, Cotton said Iran is a greater threat to the United States than the Islamic State of Iraq and the Levant and welcomed any Democrats or potential presidential candidates to sign the letter.

“I’d encourage Hillary Clinton to join us,” he said.

The letter, first reported by Bloomberg View columnist Josh Rogin, is meant to turn up the heat on President Barack Obama to give Congress some power over the nuclear negotiations.

“It has come to our attention while observing your nuclear negotiations with our government that you may not fully understand our constitutional system. Thus, we are writing to bring to your attention two features of our Constitution—the power to make binding international agreements and the different character of federal offices—which you should seriously consider as negotiations progress,” the senators wrote. “Anything not approved by Congress is a mere executive agreement.”

Put aside for a moment the effort to embarrass the President with the invitation to Israeli Prime Minister Benjamin Netanyahu (photo below by UPI/Landov/Bancroft Media via The Guardian) to speak before Congress, culminating in the Prime Minister's address last week. Disregard also the attempt to curry favor with casino mogul Sheldon Adelson, who owns two newspapers in Israel, both extremely hawkish and supportive of Likud, as Bill Moyers and Michael Winship explain.

"Anything not approved by Congress is a mere executive agreement" could, extremely generously, be read as the national legislature nudging Tehran into a deal sufficiently favorable to the USA that Congress would approve. But Gass continues

Negotiators could soon reach a framework agreement, but not before the March 24 congressional deadline, POLITICO has reported.

The senators also wrote to inform the Iranian regime that Obama will only be in office until 2017, at which time any nuclear agreement could change.

“The next president could revoke such an executive agreement with the stroke of a pen and future Congresses could modify the terms of the agreement at any time,” they wrote.

Ever since the days of the fanciful Star Wars idea of the triple-6 president, Ronald(6) Wilson(6) Reagan(6), Repubs have held fast to the curious notion that our foreign enemies are stupid.  At that time, conservatives imagined that the Soviets were not sufficiently aware to realize that the technological sophistication of the SDI would be inadequate to the task. Now,they believe the Iranians need an explanation of "anything not approved by Congress is a mere executive agreement" until approved by Congress.

They needed to add "the next president could revoke such an executive agreement with the stroke of a pen and future Congresses could modify the terms of the agreement at any time."  In days past, that would have been written as "anything we agree to is not worth the paper it's written on."

Congressional Repubs have now told Tehran we're not serious when we negotiate. There is no more effective way to convince a negotiating partner not to bother than by hitting him over the head with a two-by-four,, warning that whatever we agree to could be changed or ignored whenever the fancy strikes us.  "Go away, Iran,we're not interested" would have been about as subtle.

The Republican Party once pretended to be the party of "family values."  Now, with Sheldon Adelson, a "gambling tycoon is the Godfather of the Republican Right (and) the party’s presidential hopefuls line up to kiss his assets, scraping and bowing for his blessing, which when granted is bestowed with his signed checks."  It is not the party of patriotism, nor the party determined to back up the president of the country. Until, of course, that president is a Republican. 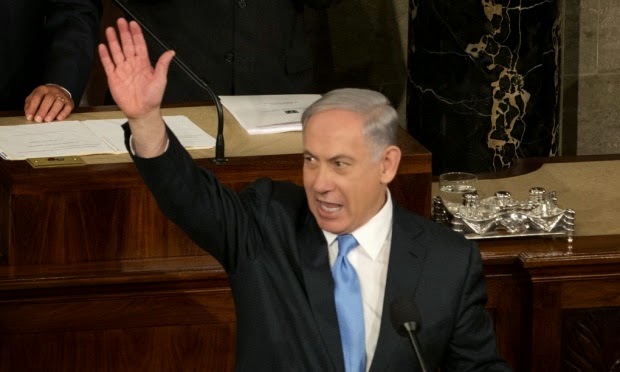