He may be, as Charlie Pierce describes him, "a vulgar talking yam with a supreme instinct for the zeitgeist."  But he's still the best of the lot, as Erick Erickson (photo below from Fox News via Salon) inadvertently demonstrates when he writes on his website

When I wrote in National Review that I was against Donald Trump, I said and have maintained since his entry into the race that if Donald Trump is the Republican nominee, I would support him. No longer.

That's reason #1. Although Donald Trump says he believes Planned Parenthood should lose its federal funding, he is the one GOP candidate- in the current, abridged field or in the original group- who has said something positive about Planned Parenthood.

Already we are seeing pastors and religious leaders compromising their integrity to vote for Donald Trump. Jerry Falwell, Jr. has joined the whores of Moloch, defending Trump’s Planned Parenthood statement on Twitter. Falwell presides over an institution that expels students who have abortions, but is willing to give positive lip service to Trump saying there are good things Planned Parenthood does.

If Trump were elected President, there would be members of the pro-life movement who would compromise their convictions for access to power.

That's reason #2- members of the forced-birth movement would compromise their convictions if Donald Trump were President. Presumably, Falwell Jr. is supporting "the whores of Moloch" because the only other Republican in the race determined to stick it to Democrats is Ted Cruz, and no one likes Ted Cruz..

With a straight face, Erickson argues "If Trump were elected, portions of the conservative movement would compromise the movement to be one degree from Donald Trump. The intellectual institutions on which we have made our case for limited government and freedom would crumble."

That's reason #3- whatever "intellectual institutions," which remain unnamed, would "crumble." The intellectual values would be keeping taxes low, unless they go to the Pentagon or, better yet, military contractors; and ggutting overnment regulations, except when the government is in your bedroom.

I have become convinced that Donald Trump’s pro-life conversion is a conversion of convenience. Life is the foremost cause in how I vote. Therefore I will not be voting for Donald Trump at all. Ever.

Voting for Trump, Erickson states, "requires compromises of conviction that I in good conscience cannot and will not make."  Erickson is a man of such great conscience that he has charged of Planned Parenthood, "doctors have been killing children and harvesting the children’s organs" and "in some cases, the children are born alive.  In some case, whole children are born and then carved up."  He also recommends women seeking abortions consider coat hangers, has likened an Obama adviser to an infamous Nazi, called Michelle Obama "a Marxist harpy wife" and then-Supreme Court Justice Eric Souter "a goat-fucking child molester." (There is nothing more entertaining than sexual fantasies of family-values conservatives.) 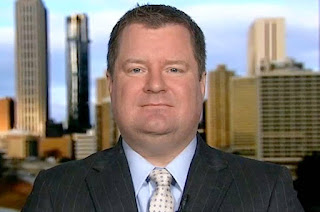 Supporters of Trump, Erickson writes, will "find themselves slowly compromised on both their integrity and values." That's a bad thing to the fellow who says feminists "have no sense of humor but clearly God did in creating feminists."