In Dana Point, California in June, reported The Nation's Lauren Windsor, the Koch Brothers held their annual 2-3 day conference of up to 300 billionaires at the quaint little retreat (photo below) known as the St. Regis Monarch. The whos's who of right-wing operatives was joined by a smattering of high-placed Repub politicians for strategy sessions on campaign finance, climate change, healthcare, higher education, and gaining control of  the U.S. Senate.  Charles and David rented for 870,000 the entire venue, though each attendee was responsible for paying for his/her own room, the cheapest of which goes for $495 a night. 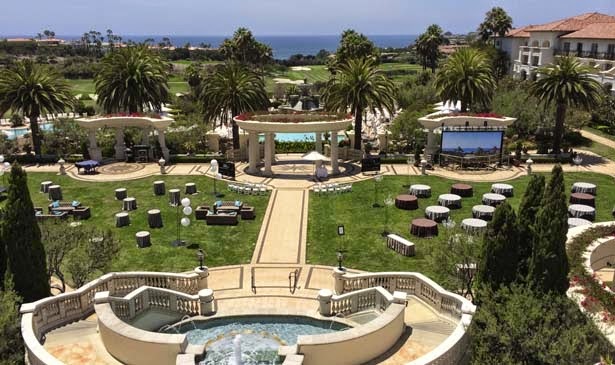 Extreme  measures were taken to maintain security at, and of, the confab, though Windsor did post a recording of Minority Leader McConnell, who called the day President Bush signed McCain-Feingold "the worst day of my political life" and boasted

So in the House and Senate, we own the budget. So what does that mean? That means that we can pass the spending bill. And I assure you that in the spending bill, we will be pushing back against this bureaucracy by doing what’s called placing riders in the bill. No money can be spent to do this or to do that. We’re going to go after them on healthcare, on financial services, on the Environmental Protection Agency, across the board [inaudible]. All across the federal government, we’re going to go after it.

It's safe to assume the inaudible portion did not refer to funds to bomb Syria, for the Pentagon to acquire the latest in weaponry, to continue NSA spying, or for extraordinary rendition.

Another recording has come to light from the conference.   Think Progress has posted a video (for which it which credits The Undercurrent) in which Executive Vice-President of Koch industries Richard Fink linked the minimum wage and Nazi Germany, arguing

We’re taking these 500,000 people that would’ve had a job and putting them unemployed, making dependence part of government programs, and destroying their opportunity for earned success. And so we see this as a very big part of recruitment in Germany in the twenties. When the Germans were crushed by World War I, the allies put a very strong settlement on that. They lost their meaning in life. And if you look at the rise and fall of the Third Reich … what happens is a fascist comes in and offers them an opportunity.

Coincidentally, Kevin Drum has posted from the Organization for Economic Cooperation and Development a table (below) which displays the minimum wage in 26 wealthy nations as a percentage of the median wage: 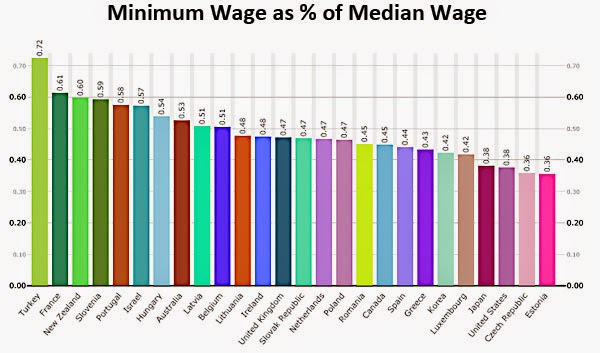 The country third from the bottom is the United States of America.  If we increase the minimum wage, as the Koch Brothers and their cohorts fear, the U.S.A. may turn into Nazi Germany.    Or Spain, Israel, or the Netherlands. Or, heaven forbid, New Zealand.

At first, it might appear that freshman North Carolina congressman Matthew Cawthorn is merely ignorant. Cawthorn has claimed that Georg...