At first read Hillary Clinton (photo below from Jonathan Ernst/Reuters), in an interview with The Atlantic's Jeffrey Goldberg, strikes a hawkish note and one not very favorable toward President Obama.  Responding to two separate questions about Syria, the former Secretary of State remarked

Well, I did believe, which is why I advocated this, that if we were to carefully vet, train, and equip early on a core group of the developing Free Syrian Army, we would, number one, have some better insight into what was going on on the ground. Two, we would have been helped in standing up a credible political opposition....

I know that the failure to help build up a credible fighting force of the people who were the originators of the protests against Assad—there were Islamists, there were secularists, there was everything in the middle—the failure to do that left a big vacuum, which the jihadists have now filled.

They were often armed in an indiscriminate way by other forces and we had no skin in the game that really enabled us to prevent this indiscriminate arming....

But she also hedged her bets, pulled her punches, and hesitated to mince words (end of cliches).  She added "I totally understand the cautions that we had to contend with, but we’ll never know. And I don’t think we can claim to know."  Asked whether- given her advocacy within at State of a more active role supporting Syrian rebels- whether the Obama administration has been "one of underreach," Clinton recognized "You know, I don’t think you can draw that conclusion. It’s a very key question. How do you calibrate, that’s the key issue. I think we have learned a lot during this period, but then how to apply it going forward will still take a lot of calibration and balancing. "

She's right on both:   the USA probably should have more precisely identified the pro-western rebels in Syria and armed there. Nonetheless, as Clinton explained the prevailing sentiment inside the Administration, "It's messy, it's complicated, we're not sure what the outcome will be."

Clinton observes "I think we’ve learned about the limits of our power to spread freedom and democracy. That’s one of the big lessons out of Iraq." However, she should have stopped there before adding "But we’ve also learned about the importance of our power, our influence, and our values appropriately deployed and explained." And a moment later, she would compare the lack of an "overarching" foreign policy under Obama with "what we were trying to do that did lead to the defeat of the Soviet Union and the collapse of Communism. That was our objective. We achieved it."

But the world has changed, a reality Mrs. Clinton is reluctant to concede and which most Repubs completely refuse to acknowledge.  Clinton rips Obama's "Don’t do stupid stuff” as "not an organizing principle," then claims it is "a political message. It’s not his worldview."

There are, however, worse worldviews than "don't do stupid stuff" for a world that isn't bipolar.  In what he views as a "symbol of how disastrous the last 15 years of US Iraq policy have been," Max Fisher explains

....  in the decade since the 2003 US-led Iraq invasion, the US has spent a fortune training and arming the Iraqi army in the hopes of readying it to secure the country once America left. That meant arming the Iraqi army with high-tech and extremely expensive American-made guns, tanks, jeeps, artillery, and more.

But the Iraqi army has been largely a failure. When ISIS invaded northern Iraq from Syria in June, the Iraqi forces deserted or retreated en masse. Many of them abandoned their American equipment. ISIS scooped it up themselves and are now using it to rampage across Iraq, seizing whole cities, terrorizing minorities, and finally pushing into even once-secure Kurdish territory. All with shiny American military equipment.

So the US air strikes against ISIS are in part to destroy US military equipment, such as the artillery ISIS has been using against Kurdish forces.

It keeps going: the US is intervening on behalf of Iraqi Kurds, our ally, because their military has old Russian-made weapons, whereas ISIS, which is America's enemy, has higher-quality American weapons. "[Kurdish forces] are literally outgunned by an ISIS that is fighting with hundreds of millions of dollars of U.S. military equipment seized from the Iraqi Army who abandoned it," Ali Khedery, a former American official in Iraq, told the New York Times.

More: One reason that ISIS has been so successful at conquering northern Iraq is that it has a huge base of operations in Syria, where it had exploited the civil war to overtake huge swathes of Syrian territory. One reason that ISIS was so successful in Syria is that the US refused to arm moderate Syrian rebels, for fear that the weapons would fall into ISIS's hands. So that made it easier for ISIS to overpower the under-funded moderate rebels, and now ISIS has seized, in Iraq, much better versions of the weapons that we were so worried they might acquire in Syria. So now we're bombing the guns that we didn't mean to give ISIS because we didn't give guns to their enemies because then ISIS might get guns.

This demonstrates also the complexity of foreign policy alternatives- especially, but not exclusively, in the Middle East. The U.S. intervened in Iraq on the side of Shiite Muslims, overthrowing Sunni tyrant Sadaam Hussein and fighting the Sunni forces of al-Qaeda. Partly as a result, the offshoot of al-Qaeda, ISIS, has grown in strength and threatens western interests in the Middle East.  Arming anti-Assad rebels may have prevented this- but it also may have triggered the law of unexpected consequences.  It appears that "don't do anything stupid" may be both wiser- and more difficult- than it is politically correct to acknowledge. 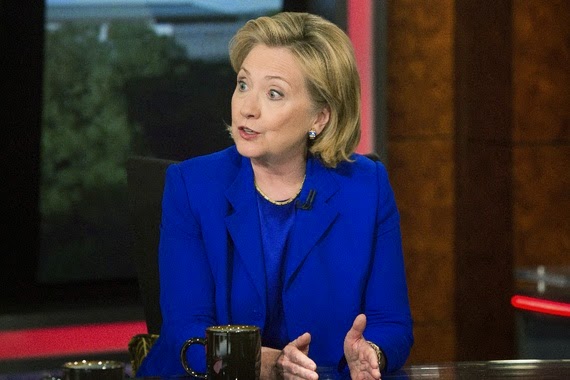