Obama Thinks It's Real. Kilgore Called It The "Phony War."


If one is running for a Democratic nomination for governor, it is wise not to offend a large swath of potential primary voters by blasting the President of the United States of your own party.

And so Zephyr Teachout, running a righteous campaign against the legally endangered but politically powerful and popular governor, Andrew Cuomo, avoids picking a fight with President Barack Obama.

Of course, picking a fight with President Obama is not the danger; Obama is loathe to strike back at his enemies. But there are still many Democratic primary voters who believe he really, really is a Democrat, just as they believe in Bill Clinton and the tooth fairy.

Teachout aims to stop the anti-consumer, anti-worker acquisition by Comcast Cable of Time Warner, "at least in New York," and notes her opponent "takes a lot of money from large powerful interests and then hands out tax credits to them. It's a Reagonomics model of financial monopoly capitalism." But then she excludes Obama, probably wisely, from her list of co-conspirators when she remarks

But the problem here isn't just Cuomo, it's that people like Cuomo dominate the Democratic establishment. Rahm Emanuel, Tim Geithner, Larry Summers, Robert Rubin, and so on and so forth, these people believe in a world where powerful economic interests control our lives and fate through monopoly power,and their partners in government help structure those monopolies. Political corruption and economic monopoly are two sides of the same coin- too much concentrated power in too few hands.

The phrase "political corruption and economic monopoly" defines the Cuomo Administration about as well as does anything, and the Cuomo Administration as well as any other.  So, too, as Zephyr obviously understands, have Emanuel, Geithner, Summers, and Rubin damaged the lower and middle classes. And they all have connections to both Barack Obama and Bill Clinton, though more so to the latter. Nonetheless, President Obama is capable of recognizing, as he did in an interview early this month with the Economist, that when

But then he adds

Now, to their credit, I think on an issue like immigration reform, for example, companies did step up. And what they’re discovering is the problem is not the regulatory zealotry of the Obama administration; what they’re discovering is the dysfunction of a Republican Party that knows we need immigration reform, knows that it would actually be good for its long-term prospects, but is captive to the nativist elements in its party.

Undoubtedly, Barack Obama knows why corporate heads "step up" on immigration reform, and it's not because they have an Emma Lazarus-like vision of a multicultural nation. As Sam Ro of Business Insider (in a different context) notes

Ever since the financial crisis, corporations have managed to deliver robust profit growth by offsetting the drag of weak sales growth with widening profit margins. These fatter profit margins come from cutting costs, which usually means getting more productivity out of a fewer number of workers.

Income growth of these dwindling number of workers has stagnated as the labor pool has grown. It's really quite simple, for workers in a wide array of industries know there are others behind them waiting to pounce on any available job. The motive of (many corporations) in supporting immigration reform, is not merely academic because as Congress seeks compromise, business leaders, unlike the left, may urge legislation that provides legalization without citizenship.

And the same I think goes for a whole range of other issues like climate change, for example. There aren’t any corporate CEOs that you talk to at least outside of maybe—no, I will include CEOs of the fossil-fuel industries—who are still denying that climate change is a factor. What they want is some certainty around the regulations so that they can start planning.

Back in April, 2011 Paul Krugman took on the "economic uncertainty" myth when he explained

The reasons that business are not investing is that they have tons and tons of excess capacity. There is a very clear relationship historically between the amount of unemployment and the amount of business investment. When unemployment is high capacity is low, investment is low. There’s nothing. All of this stuff about uncertainty is just myth being made up to blame this on Obama. There’s nothing in there. It is exactly what you would expect.

It may seem a paradox that the charge of economic uncertainty is used to blame President Obama, who now de facto endorses the notion of regulatory uncertainty. But then the President also has promoted the myth that a lack of skills contributes more to the unemployment problem than does a lack of jobs.   And that a large federal workforce, and deficits in an economic downturn, are harmful.

Nevertheless, the larger message from Obama, who touts the acceptance of immigration reform and climate science among corporate chieftains, is that the latter are really a whole lot different than the populist base of the Republican Party, those pitchfork-wielding, uneducated masses. They don't even call him a Kenyan or a Muslim!   But Ed Kilgore (nearly two years ago) saw through this conceit, pointing out

Yes, years from now conservatives will sit around campfires and sing songs about the legendary internecine battles of late 2012, when father fought son and brother fought brother across a chasm of controversy as to whether 98% or 99% of abortions should be banned; whether undocumented workers should be branded and utilized as “guest workers,” loaded onto cattle cars and shipped home, or simply immiserated; whether the New Deal/Great Society programs should be abolished in order to cut upper-income taxes or abolished in order to boost Pentagon spending. There’s also a vicious, take-no-prisons fight over how quickly to return the role of the federal government in the economy to its pre-1930s role as handmaiden to industry. Blood will flow in the streets as Republicans battle over how to deal with health care after Obamacare is repealed and 50 million or people lose health insurance. Tax credits and risk pools or just “personal responsibility?” 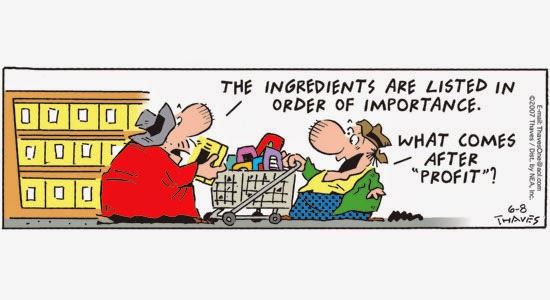