We'll Call It Genocide If We Want To

The government of Benjamin Netanyahu has failed dramatically.  The nation's military forces may not have eliminated the tunnels of destruction from Hamas-controlled Gaza into Israel proper, nor have they deterred Hamas sufficiently from firing missiles into Israel on a regular basis.

No, instead Israel has been remarkably unsuccessful because it has failed to destroy the Palestinian people. Or so that is the implication of Salon contributor Patrick L. Smith, for whom a lasting peace based upon justice for all sides in the conflict is nary a passing concern.

Smith begins with "Now that Israel has finally let up on what looks like a genocidal campaign against Gaza," and goes downhill from there. Having accused Israel by implication of genocide, he goes on to write "the question of a genocidal campaign arises" and "the savagery of the Gaza campaign..."   He also links to a piece by one Luke Peterson, with "a Cambridge doctorate in Midddle Eastern Studies," who "appears to have a thorough grasp of the legal and technical questions at issue" and whmo Smith approvingly quotes as maintaining "Yes, Israel is committing genocide."

Peterson finds that Article 2 of the 1948 Convention on the Prevention and Punishment of the Crime of Genocide considers “any of the following acts committed with intent to destroy, in whole or in part, a national, ethnical, racial or religious group, as such:”

This is not mere semantics. If Mr. Peterson were arguing that Israel were committing genocide against Gazans, it might also be untrue, though that would remind readers that the government of Israel is, in fact, engaged in a war with the government of Gaza, and the actions of the combatants would likely be viewed in that context.  The word "Gazan" is avoided, further, because it does not have the same emotional impact as "Palestinian."

If one wishes to level the charge of "genocide," he at least ought to clarify the target of the genocidal behavior.  That Mr. Peterson (surprise!) does not do, for it would necessitate noting that the modern nation-state of Israel sits on the land historically known as Palestine, to which both Arabs and Jews legitimately lay claim (photo below from Bahrain News Agency, inadvertently acknowledging Israeli Jews as Palestinians). For thoroughness, it would require adding that Palestinians exist in the Middle East outside of Israel proper and the Gaza Strip.

The West Bank and Jordan are two of those areas, the latter boasting a population which is (barely) majority Palestinian. The governments of both those entities, significantly, supported the cease-fire proposed by Egypt, which was considered somewhat favorable to the Israelis, who understandably backed it.  Hamas did not, inspiring Secretary of State Kerry to pursue an alternative in order to assuage Hamas.

If Israel is indeed guilty of genocide against- well, against someone- under the expansive definition favored by Mr. Peterson and Mr. Smith, it is clear the charge applies also to Hamas, which has been at it for longer than the Israelis (less than two months) and has pursued it with all the will the organization can muster. In fairness, genocide also would apply to the government of several nations at one time or another, as well as to an individual who kills more than one person while committing a bias crime in the USA.

The armed forces of Israel have been imprecise and careless, killing far more civilians than it wishes and far fewer than it is able. But if Israelis are targeting Palestinians as a group, the practice of dropping leaflets on a neighborhood to warn residents of an upcoming bombing raid, however inadequate, is not only foolish. It is a case of massive malpractice and failure on an unprecedented scale. 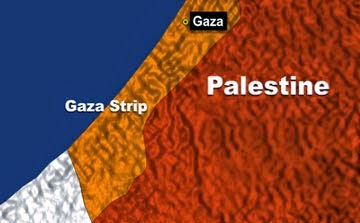