Has Chuck Todd ever heard of a cell phone camera? A body camera? YouTube videos?

If that sounds like a rhetorical question, it's because it is. Evidently, though, he is thoroughly unacquainted with the whole social media thing. The Meet The Press moderator on Sunday asked the Donald of Trump (video at bottom)

And, again, I know we're going to get into a lot more issues with you in a couple weeks. But I want to ask you about Black Lives Matter. The latest shooting of a white police officer shooting an unarmed black man. Do you see this as a crisis in America?

There are two indications this was a terrible question.  A "crisis,"  according to the Oxford Dictionary, is "a time of intense difficulty, trouble, or danger."  If Todd believes that incidents of police shooting unarmed blacks is a new development, he should tell us why.  Far more likely is that social media has made us much more aware that police-community relations in many black communities is dreadful. The race riots (yes, folks born before 1960: that's what they were called... for very good reason) should have been our first clue. The second might have been conclusions of the Kerner Report, which followed the rash of violent incidents. The third might be the growing concentration of poverty in the central city (again, a term from the time) since then.

The other indication is that Donald of Trump agreed "it's a massive crisis. It's a double crisis" before recommending government give "power back to the police because crime is rampant" (also, "I'm a big person.") Something is not "rampant" when it has been declining for 35 years. Still, striking fear is the heart of Trump's message- really, the heart of his Party's message- and perhaps a stupid question deserves a stupid answer. 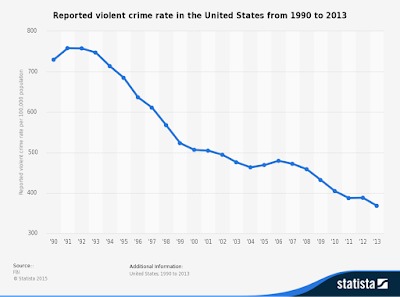 Continuing the theme of having been born yesterday, Todd followed up with "Do you understand why African Americans don't trust the police right now?"

Somebody inform Chuck Todd:  "right now" inaccurately suggests that it is a recent occurrence. It gives our society the opportunity to ignore the problem once other events overtake it, when our focus shifts to Iran, immigration, taxes, or more likely, whatever gets the most airplay because it has the most dramatic video.

If Todd was, however, consistent, so was Trump, who gave to this question an answer almost identical to the last, maintaining "we have to give strength and power back to the police."

In response to the exchange, Digby characterizes the candidate as "Nixon with the privilege and without the brains." But we should expect little else, from Trump or from the other GOP wannabees, who will say even more ridiculous things.  It apparently didn't occur to the host of the longest-running television show- let alone the longest-running news program- in history to ask the candidate what should actually should be done about mistrust between the police and the black community. Or even what in the heck he was talking about.