Some Ideas, Most Of Them Bad

Maureen Dowd, bowing to enlighten all of us narrow-minded liberals, has "decided  to let my Republican brother offer his red-state soliloquy now,  hoping he'd let me eat my white meat in peace. He-e-e-ere's Kevin." 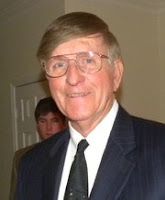 It turns out that Kevin (pictured below) has very little to add to what we've noticed for months.

Most of the rest is partisan bunk as "Kevin" praises each candidate- Trump, Carson, Rubio, Cruz, Bush, and Christie- he mentions, presumably the field of six he considers viable.  Note that the man who cites "the ultimate irony that the Republican field blows the Democrats away on one of their favorite topics — diversity" does not include Carly Fiorina, the only woman.

Kevin appears to believe (realistically) that Marco Rubio ultimately will be the GOP nominee, given that Dowd's brother exults "wait until he starts delivering his speeches in Spanish." That's selling hispanic voters a little short, given that they are likely to be far more concerned about electing a guy from a Party that wants The Other (Hispanics, Arabs, anyone on public subsidies) removed from civil society than they are to be thrilled  by someone speaking Spanish.  Admittedly, Rubio might speak Spanish even while seeking the nomination, as John Ellis Bush has. Good  luck with that.

Unconvincingly, Kevin suggests he wants a President among whose aims is to "protect the homeland and honor the Constitution."  This comes from a guy who believes the candidate who argues  "if we are ever ordered by agovernment authority to personally violate and sin.... we cannot abide by that because government is compelling us to sin" is "whip smart." Whip-smart Rubio may be, but he's not too big on honoring the Constitution.

Kevin says other silly things, believing even that Ben Carson "presents intriguing possibilities as part of the ticket, forcing African-Americans to choose between him and the wife of the man Toni Morrison called our 'first black president.'"  Yes, because voters always base their decision as much on the vice-presidential candidate as on the presidential candidate. Ask two wildly popular vice presidential nominees, Lloyd Bentsen and Ed Muskie, how that turned out.  Note to Kevin:  hispanics and blacks aren't as stupid as you think they are.

If Kevin were not so partisan, he might have figured a few things out.  "Sixty percent of the country does not trust" Hillary Clinton, he asserts, "and her emails are currently under F.B.I.review for potential national security breaches."  A moment later the same fellow asks, remarkably, "O'Malley: Does anyone know his reason for running?"  As a standard-grade, Establishment liberal, O'Malley considers himself insurance against Clinton's candidacy blowing up, as someone who evidently believes it might ought to realize.

If "Kevin" were only Kevin, the brother of a frequently annoying and snarky columnist, it wouldn't matter.  But when he explains Trump's appeal as partially "We are tired of apologies for America’s exceptionalism,"  he taps into something significant.  The slogan of the Trump campaign is simple: "Make America Great Again."  Somehow, "America" (presumably the USA, rather than Latin America or South America), though exceptional, is not great.

"Make America Great Again" defines the country's greatness in terms of  who is president, rather than enduring qualities of liberty, justice, constitutionalism, openness to outsiders, and concern about our own citizens. It is an enervating principle for many American conservatives and explains much of the hostility toward President Obama and to Democrats and progresssives generally.

Consequently, Kevin may be accurately reflecting Republican sentiment in his essay. But as he ends by wishing a "Happy Thanksgiving," so may we be thankful that despite Citizens United and voter suppression in GOP-dominated states, a semblance of democracy still exists in the USA and one of the guys he admires probably will be rejected by the voters in 12 months.