A Whole Lot More Than Race


It is said that even a blind squirrel finds an acorn once in awhile... and that even a stopped clock is right twice a day.

So it should be of no surprise that even one of America's foremost bloggers (one of whom is featured on the right side of this page) would be wrong once in a while.  Heather Digby Parton, skeptical of the professed interest of Republicans such as Ted Cruz, Rand Paul, and Mike Lee(photo below from AP/Reuters/J. Scott Applewhite/Yun Gripas/Rick Bowmer) in criminal  justice reform, notes in one of her regular Salon columns crime "is the evergreen Republican go-to election attack. We saw it just recently in the fall campaign."  Unfortunately, along the way she misinterprets a study which

.... involved a number of interesting tests of random people. This is just one of them:

Their first experiment unfolded at a train station near San Francisco. A white female researcher asked 62 white voters to watch a video containing mug shots of male inmates. Some of the participants saw a video in which 25 percent of the mug shots were of black men, while others saw a video in which the percentage of black men among the mug shots rose to 45 percent. The participants then had an opportunity to sign a real petition aimed at easing the severity of California’s three-strikes law. “It seemed like a great opportunity – a real-life political issue – to test this question of whether blacker prison populations lead people to accept these more punitive policies,” Eberhardt said. The results were clear. Over half of the participants who’d seen the mug shots with fewer black men signed the petition, whereas only 27 percent of people who viewed the mug shots containing a higher percentage of black inmates agreed to sign. This was the case regardless of how harsh participants thought the law was.

She concludes "That unfortunate result was repeated in other experiments. Informing people that our prison system is racist leads many white people to support it."

Uh, no, not necessarily. A subscription is required to get access to the study, published in the journal Psychological Science. But whatever the conclusions the researchers came to, the study is entitled merely "Racial Disparities in Incarceration Increase Acceptance of Punitive Policies."  That conclusion is warranted- or perhaps we may say "proven beyond a reasonable doubt."

Given the definition of disparity, the claim of racial disparities in sentencing proves nothing other than that per capita there are more black people sentenced to prison than white people.

It is possible the researchers demonstrated far more than that.Nonetheless, in a paragraph Digby quoted from a summary of the study,  Shara Tonn observed

Although African-Americans constitute only 12 percent of America's population, they represent 40 percent of the nation's prison inmates.

But informing the white public of this disproportionate incarceration rate may actually bolster support for the very policies that perpetuate the inequality..

To conclude that a disproportionate incarceration rate encouraging respondents to support punitive measures is synonymous with "informing people that our prison system is racist leads many white people to support it" is a leap worthy of an Olympic broad jumper.

One of the researchers concluded "ironically, exposure to extreme racial disparities may make the public less, and not more, responsive to attempts to lessen the severity of policies that help maintain those disparities."   Though ironic, it may be explainable. Many white people associate blacks with violent crime committed upon a stranger.  Show them a mug shot of a black inmate, they think not of simple theft, harassment, loitering, domestic violence, or drug possession but of far more serious offenses.  Hence, greater support for punitive measures will be expressed.

When we learn more blacks than whites (per capita) are in prison, it ought to trigger the conclusion that somehow we have gone astray. But just as we have gone astray, so has progressivism when one of our most insightful and incisive observers concludes that this state of  affairs proves primarily "the system is racist."

Racism in the criminal justice system was neither the focus of the survey nor clearly demonstrated by it.  Whatever its racist elements, there are other factors, such as familial dysfunction, inferior education, poverty, joblessness, and relative deprivation, which play a greater role than "racism," however one defines it.

Those other factors once were issues in the progressive world; now, not so much. Conservatives, fetishizing states' rights, assume that left alone, a state will do what's best for its residents. But progressives ought to be aware that standards, outcomes, and a sense of fairness differ widely from one jurisdiction to another, one state to another. Recognizing this, and that racism is but one part of  the criminal justice puzzle, is a place to start if the left is to regain its populist principles. 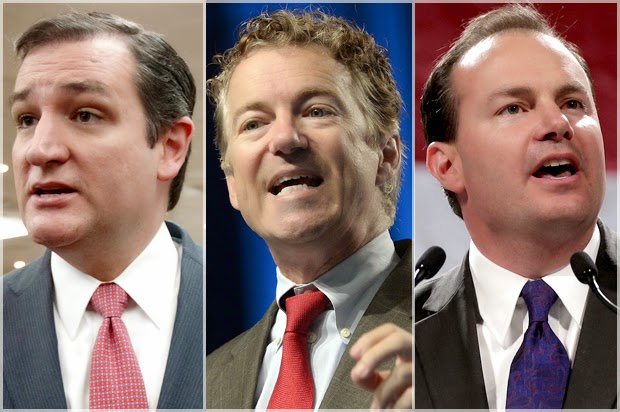