Not The Fraud He Was Referring To


Hillary Clinton called out four GOP governors or ex-governors, all of them presidential hopefuls, on Thursday for voter suppression.  Ohio's John Kasich, Wisconsin's Scott Walker, Texas' Rick Perry, and New Jersey's Chris Christie were named.   As one of the GOP chief executives who "offer themselves to undercut this fundamental American principle," Christie, she noted,  had "vetoed legislation to extend early voting."

With his usual thoughtfulness and dignity, Christie (as a softball player Wednesday, below, from deadspin) responded

She doesn't know what she's talking about.  In New Jersey, we have early voting that are available to people... I don't want to expand it and increase the opportunities for fraud.  And maybe that's what Mrs. Clinton wants to do. I don't know. But the fact is that the folks in New Jersey have plenty of an opportunity to vote.

In May, 2013 The New York Times had reported "Mr. Christie on Thursday vetoed a bill to set up voting at up to seven locations in each county during a 14-day period before elections," which seems a heck of a lot like what Mrs. Clinton was saying.

Still, voting fraud exists and however barely, voter fraud exists. On November 2, 2012 the Las Vegas Sun reported the arrest of registered Republican Roxanne Rubin for voting the previous day in Henderson, Nevada, then unsuccessfully trying to vote later in the day at another location in Henderson.   According to the Houston Chronicle, Republican precinct chairman Bruce J. Fleming appeared to have cast ballots in 2006, 2008, and 2010 in both Sugar Land, Texas and Yardley, Pennsylvania.  And then there is Massachusetts, in which California resident Willard "Mitt" Romney in January, 2010 voted for Scott Brown in a special election to fill the US Senate seat vacated by the death of Edward Kennedy.

However, no GOP election official, precinct chairperson, or ex-governor has been seen voting illegally in New Jersey.The Brennan Center for Justice discovered

Just before the 2005 election, partisan actors attempted to probe the accuracy of New Jersey’s voter rolls by comparing election records for 2004 with death records and with the rolls of other states. The allegations yielded only eight substantiated cases of individuals knowingly casting invalid votes that counted—eight voters who voted twice. Given the number of votes cast in these elections, this amounts to a rate of 0.0004%. None of these problems could have been resolved by requiring photo ID at the polls.

Facts may not matter, however, and Steve M. wryly observes

So even though Christie din't make a tightly reasoned argument, he beats Perry and Kasich. The right believes voter fraud is rife, and that Democrats steal elections routinely. If that's the case, I'm not sure why Democrats didn't do more thievery in, say, 2010 and 2014 -- but that's not even question worth asking on the right. To the right, Democrats are the voter fraud party, and Christie wisely went straight for that talking point. If he wants to get back into contention, maybe he should run an entire presidential campaign based on opposition to nonexistent voter fraud. 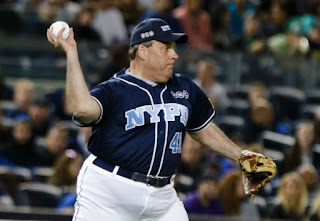 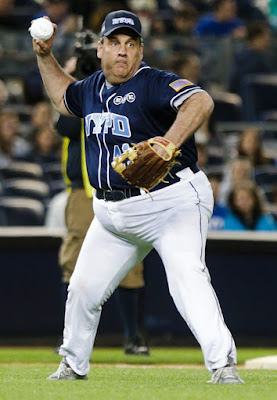