Another Year, And Still Exceptional

Yes, America is still #1.  That would be the United States of America specifically, though Canada deserves an honorable mention. So do Great Britain, Sweden, France, Australia, and Ukraine- as long as the guy is big in the U.S.A.

This year, in addition to naming one random attractive man as its "Sexiest Man Alive," People magazine created an entire list of sexiest men alive at every age (well, from 20 to 59, the age at which men stop being sexy, we guess). In a bit of an upset, Governor Andrew Cuomo took home the crown in the 55-year-old category, and though flattered, he implied that he didn't exactly earn the honor.

"I think it’s about New York,” Cuomo said. “I think New York is sexy, and since I’m the New York governor, I think that’s how they got there.”

Labeling New York (city? state?) "sexy" can't hurt the standing of a New York governor, even one who, unfortunately, harbors national ambitions; and being the governor of of the state which includes Manhattan can't hurt him.  Still, inadvertently, Cuomo may have hit upon the greatest factor when- albeit referring to his relatively advanced age- he stated " I had a limited scope of competition."  Limited, indeed.

In the main competition, the "Sexiest Man Alive 2013" (pictured below, #3; slideshow here) category, People identifies 12/13 men.  Ten of those are American, one British, and one or two Canadian. (The brothers Scott, both Canadian, count as one. Seriously.)

In the "Sexy at Every Age" (pictured below, 50-year-old George Clooney; sideshow here) category, there are 22 men.  Of those, over half- twelve- are American.  Four other are British, one Canadian, and one Australian, each from an English-speaking country. The other men are French (1), Swedish (1), and Ukranian (1),

The latter three, who apparently are not USA nationals, nevertheless are popular in this, the world's reigning superpower. Of the world's approximately 7.127 billion people, approximately 317,134,000- 4.45%- reside in the southern portion of North America.  The other six other nations comprise roughly 3.40% of the planet.Between that group and the USA, nations comprising 7.85% of the world's population are represented on the "Sexy at Every Age List," a more inclusive one than the Sexiest Man Alive group, in which evidently males of only English-speaking nations need apply.

It is inconceivable, apparently,  that either list include anyone from mainland China (at 1,361,260,000, 19.1%) or India (at 1,236,880,000, 17.4%).   None of the approximately 1.3 billion males (admittedly, some of them children or gasp! over 59 years of age) possibly compare to individuals (especially Americans) who are celebrities here.  They simply do not rate.  Only "America" is exceptional, with honorable mention for a few others. 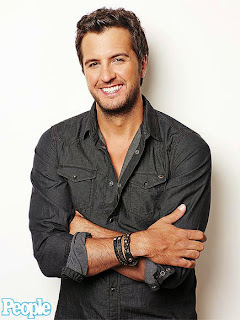 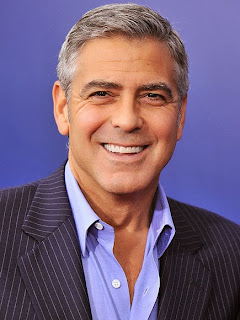