The NFL's Shame, The NBA's Pride

The NFL, with a culture that mirrors that of the military in many ways, is always more than willing to provide a massive platform for hyper-nationalistic promotion of the armed forces. Indeed, the league proudly states that “supporting the military is part of the fabric of the NFL.” This year, for Veterans Day, that “support” came in the form of an initiative called “Salute to Service,” which is all about “military appreciation.” Players donned camouflage gear and helmet decals honoring the armed forces. Colts quarterback Andrew Luck ran out of the tunnel during player introductions side by side with a service member, with the latter waving an American flag. As in baseball’s “Express Your Thanks” program, fans were “encouraged” to “demonstrate their military appreciation.”

The undercurrent of all this is that “support” and “gratitude” for the military and those who serve in it is intrinsically apolitical. It’s just something that all decent Americans understand and respect. This approach serves a very important purpose, which is to further blur the lines between patriotism and support for the military. Americans of conscience who do not “support” the troops, particularly those who volunteer to fight in wars of aggression, are not allowed a seat at the table in this paradigm...

The combination of unanimous, entirely uncritical appreciation for the military, and the irrational belief that we owe gratitude to the troops for virtually everything we cherish in life, up to and including freedom itself, is very dangerous for our intellectual culture. It stifles any potential for rational, coherent discussion on these matters. It makes us, free citizens of a constitutional society, meek and excessively obeisant.

The NFL, of course, is deeply hypocritical, given that its support for the military and its soldiers pales in comparison to that shown its five leading executives, who, Gregg Easterbrook has found, in total are paid approximately $60 million annually. The IRS code gives to the league, which grosses approximately $10 billion annually, tax-exempt status which

has saved the NFL uncounted millions in tax obligations, which means that ordinary people must pay higher taxes, public spending must decline, or the national debt must increase to make up for the shortfall. Nonprofit status applies to the NFL’s headquarters, which administers the league and its all-important television contracts. Individual teams are for-profit and presumably pay income taxes—though because all except the Green Bay Packers are privately held and do not disclose their finances, it’s impossible to be sure.

For Veterans Day last year, the NFL announced that it would donate cash to military groups for each point scored in designated games. During NFL telecasts that weekend, the league was praised for its grand generosity. The total donation came to about $440,000. Annualized, NFL stadium subsidies and tax favors add up to perhaps $1 billion. So the NFL took $1 billion from the public, then sought praise for giving back $440,000—less than a tenth of 1 percent.

It would hardly be sensible- or "prudent," as Bush 41 would have put it- for the NFL to surrender voluntarily the largess of the American public.  Still, in addition to the relatively piddling sums it gives to military groups, it could gin up as much support for actual needy veterans as it does for the pomp and circumstance of the armed forces.   Gregg Popovich, head coach of the San Antonio Spurs of the NBA (a league not tax-exempt) recently answered a reporter's question by remarking

In a lot of ways, it's a joyous day if we all remember to honor people.   But in some ways, it's a sad day because (soldiers and veterans) don't really get honored the way they should be. Some of it is just pablum. When it comes down to the nuts and bolts of what they need, they're really not getting everything...

Just like the way it is right now – how many vets might have to do without food stamps because of what's going on with the government right now? That program is huge to a lot of these families. I mean huge. It gets them through. And it may or may not be there – who knows? – because government is not very functional at this point, as we all know. So it's a day to reflect, to honor but also to not lose sight of the fact that a whole lot more has to be done with what they've done for all of us.

If it is possible to fly under the radar and not being a marquee team while winning four championships, it is the San Antonio Spurs, known throughout the league for players more interested in winning by maximizing the contributions of teammates than in being in the spotlight.  And now, in the man called "Pop," there is another reason to root for the Spurs, especially if you're a free agent, vaguely interested in pro basketball and emotionally unattached to any team.  As Think Progress' Travis Waldron recognizes, "it's nice to hear a reminder from inside (the sports) world that honoring the troops and veterans' sacrifices isn't just about waving a flag or holding up a placard at a football game.  It's about actually taking care of them when they get home, too" (photos below from LA Progressive). 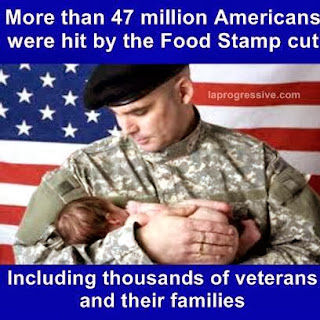 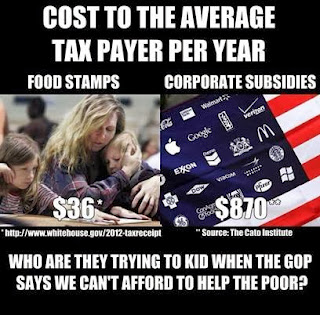