I'm disappointed in Will Bunch (Philadelphia) Daily News reporter and Attytood blogger.  Not because, with characteristic self-effacement, he writes of the butcher job CBS' 60 Minutes did on its Benghazi report

I'm a journalist, not an activist, and I speak only for myself. I will not watch "60 Minutes," nor buy any product that advertises on the show, until a thorough independent investigation is launched. I may be alone on this (in which case it would be the most ineffective boycott in history!) but I hope that either a) others who are activists pick up the torch or b) CBS quickly reverses course, does the right thing and renders this all moot. There is one quality above all others that defines good journalism, and that is utter fearlessness when it comes to going after the truth.

Bunch decries "the reporting process that caused (Lara) Logan and '60 Minutes' to believe the contractor Dylan Davies for a year, when his story was disproved, including by CBS' own journalists and FBI sources, almost immediately."  But he goes on to contend

CBS has shown in the past it knows how to do the right thing -- because it did exactly that in 2004, when it based  a report on then-President Bush's National Guard record upon phony memos. That time, the network allowed an extensive independent investigation and the responsible parties were fired or suffered career consequences. Nine years later, viewers should expect nothing less with this Benghazi hoax that's been perpetrated on the public. Instead, the network's dismissive and half-assed response has been an insult to all of us. So now what?

This would be an unfortunate application of the moral equivalence principle- if the claim actually were true. CBS, though, showed in the Dan Rather/(producer) Mary Mapes story about George W. Bush's National Guard record not that it could do the right thing but that it would act out of sheer cowardice.   In April, 2012 Texas Monthly's Joe Hagan wrote in an extensive piece entitled "Dan Rather Was Right About George W. Bush"

But the man officially credited with inspiring a fusillade of blog attacks was Harry MacDougald, known on message boards as Buckhead, a GOP lawyer in Atlanta who missed the segment but downloaded the Killian documents from the CBS website later that night. He specifically claimed that the memos used proportional spacing and superscripts that didn't exist on typewriters of the early seventies.

A conspiracy theory has since arisen that Bartlett, knowing in advance that the documents were forgeries - and, in some fevered imaginations, knowing his boss Karl Rove was the source of them - tipped off right-wing surrogates to attack the documents.

When I asked Lloyd why Bartlett ignored his assessment, he said, "I guess he was trying to set Rather up for getting mauled."

Bartlett told me that the online attacks began "before I started any outreach" to the press. He added that Bush himself didn't learn of the Killian memos until after the segment had already aired, because Bartlett felt the documents didn't show anything revelatory. He initially dismissed them as "old news."

In any case, MacDougald's arguments about the documents turned out to be inaccurate. He acknowledged as much in an interview with me in 2008. And in a speech given that same year, Mike Missal, a lawyer for the firm that CBS hired to investigate its own report, said, "It's ironic that the blogs were actually wrong. . . . We actually did find typewriters that did have the superscript, did have proportional spacing. And on the fonts, given that these are copies, it's really hard to say, but there were some typewriters that looked like they could have some similar fonts there. So the initial concerns didn't seem as though they would hold up."

Nevertheless, the controversy exploded in the press, catalyzed by a report in the Washington Post that aggregated all the criticism from the blogosphere and laid it at the doorstep of Rather and CBS. Bartlett coordinated with several former Guardsmen, including Killian's son, to follow suit and attack the CBS report.

Rather was forced to respond, giving newspaper interviews defending the report and eventually addressing the controversy directly on the evening news, offering up new interviews and evidence meant to buttress his initial claims (most famously, he interviewed Killian's former secretary, who said the content of the memos was accurate but the memos themselves were fake).

This excerpt is from a well-researched, thorough article- not a quickie blog post- which laboriously traces the episode from the 1988 presidential campaign of GWB's father to Rather's lingering, justified bitterness in 2009 about the dismissal in 2007 of his lawsuit against Viacom chairman Sumner Redstone and CBS president Les Moonves.

Writing two-and-a-half years after the 60 Minutes report during the presidential campaign of 2004, Hagan has it right.   As he summarizes it, Bush was charged with having "received preferential treatment to enter the National Guard in 1968 in order to avoid the Vietnam draft and that he had then shirked his duty without repercussion."  Once a Republican attorney declared them to have (Hagan's words) "used proportional spacing and superscripts that didn't exist on typewriters of the early seventies," both the memoranda and the story itself- despite corroborating evidence- were assumed to be bogus.  Oops! That same lawyer admitted four years later that he was wrong, that typewriters of that time did have both the superscript and proportional spacing characterizing the memoranda.

By then, the storyline of  Rather as dupe or Democratic Party operative was firmly entrenched in the mind of the public, including that of Bunch, who is unaware that the network's investigation was inclusive.  (Rather was forced out and Mapes and three other producers fired because they had not confirmed their report.) The media, for any number of reasons, decided not to reconsider the incident.

And Dan Rather, arguably the best television reporter of his time, is still treated by CBS as persona non grata.   He has been read out of CBS' coverage of the 50-year anniversary of the John F. Kennedy assassination even though, as the UK's Daily Mail recalls

CBS radio went with his report that Kennedy was dead - based not on official confirmation but his phone conversations with men who identified themselves as a doctor and priest at the hospital where Kennedy was taken, and a colleague's conversation with the hospital's chief of staff.

Days later, Rather was among the first people to see film of the assassination taken by Abraham Zapruder and he later described it live on CBS, reading from a spiral notebook what it captured of the president and first lady at the moment of impact.

Promoting its special to air November 16, CBS announced "viewers are in the moment with legendary anchor Walter Cronkite and journalism's iconic reporters: Charles Collingwood, Harry Reasoner, Charles Kuralt and Mike Wallace." They all are dead. CBS wishes Rather were, too.

Given Lara Logan's enthusiastic anti-Islamist agenda, the network might be suspicious why no one was able to confirm in a year that Dylan Davies' story was false, especially because the Washington Post determined it within a few days after the report.  As of now, Logan remains a CBS reporter, probably primarily because there lacks, unlike in the instance of Dan Rather, an organized effort to force the corporation to fire her. Unfortunately, there might be another, perhaps even worse, reason: 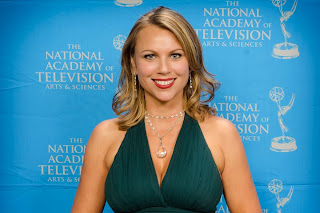