As Everyone Loses Perspective

The circus must be in town. Politico's Mike Allen and Amie Barnes in "Hillary's Hit List" write that Clinton aides Kris Balderston and Adrienne Elrod in June, 2008

recorded in a Microsoft Excel spreadsheet the names and deeds of members of Congress (in which) they carefully noted who had endorsed Hillary, who had backed Obama, and who had stayed on the sidelines...

There was a special circle of Clinton hell reserved for people who had endorsed Obama or stayed on the fence after Bill and Hillary had raised money for them, appointed them to a political post or written a recommendation to ice their kid’s application to an elite school. On one early draft of the hit list, each Democratic member of Congress was assigned a numerical grade from 1 to 7, with the most helpful to Hillary earning 1s and the most treacherous drawing 7s. The set of 7s included Sens. John Kerry (D-Mass.), Jay Rockefeller (D-W.Va.), Bob Casey (D-Pa.) and Patrick Leahy (D-Vt.), as well as Reps. Chris Van Hollen (D-Md.), Baron Hill (D-Ind.) and Rob Andrews (D-N.J.).

On  foxnews.com, Ellen Ratner (video below) was excited and compared Clinton's list of politicians with, as George Will put it Sunday,  the Christiecrats "use (of) the machinery -- the federal machinery of government - to screw our enemies." She stated the Clintons

actually had this list going, going to be using this list if she runs for President, as to who they're going to accommodate and who they're not. Well, the press is kind of leaving that alone. But they haven't left Governor Christie alone.  As you know, they call- what- Washington Bridgegate or Bridgegate. But they haven't left him alone. But this one- hmmm, we're not hearing too much from the press.

Do the Clintons have long memories? Of course. But I searched this excerpt in vain for one example of them retaliating against someone who screwed them.

Sounds like a pretty good explanation of modern contemporary politics. The reason the Christie scandal has resonated is not that his aides—without his knowledge, he says—tried to hit back at Fort Lee Mayor Mark Sokolich for his non-endorsement of the governor. It’s that so many New Jersey and New York commuters were sideswiped in the process.


Though neither Mrs. Clinton's critics nor her defenders are likely to say so, the evaluations made by the Clinton team generally were sound.

"Sen. Claire McCaskill (D-Mo.)," Allen and Parnes write, "got the seat closest to the fire," in part because she remarked Clinton 42 "has been a great leader but I don’t want my daughter near him." (Apparently, a good sense of humor is no defense.)  The Clintons had vigorously campaigned for McCaskill when she ran for the Senate in 2006 but she became the first female Senator to endorse Obama. Also earning a "7" was Representative Tom Moran of Virginia, whose support Balderston had assiduously sought until it was actually promised in January, 2008. A few weeks later, Moran endorsed Senator Obama.

The motivation for endorsement of the first viable black presidential candidate by the Missourian and the Virginian was disturbingly similar. When McCaskill endorsed Obama in 2008, she contended

This is a man who has incredible intellectual heft … who is not afraid to figure out a new and different way to tackle problems … Only once in a generation does a leader come along that has that particular gift. … Barack Obama is, I believe, right for the country this time.

She evidently didn't make clear why he was "right for the country this time" and already has endorsed Clinton 2016.  Moran says he has made up with Balderston and is more explicit, recently stating

I plan on making it up to him in the 2016 campaign since I’ve always been in love with Hillary.  I simply thought that given the opportunity, it was too important that this country elect an inspiring black president.  (And yes, he did say "in love with Hillary," not "I love Hillary.")

Box checked for black President; block to be checked for female President in 2016.  If Clinton is in fact elected, a block can be checked in 2016 for someone born with another immutable characteristic- hispanic, LGBT, or whatever is then deemed to be the most important characteristic of arguably the most powerful individual in the world.  And at some point, perhaps we can turn our attention to minor issues such as this: 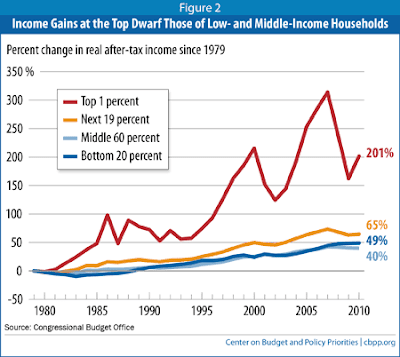