In A World With No Race

Back in the relatively early days of radio, when AM radio was king with its playlist of pop music, it was common to hear "the hits keep on coming" (or a variant).  And they still do, except now, it's Sarah Palin (photo below from CNN, with John McCain as latter concedes 2008 presidential race) and often with her Facebook page, where on Monday she posted

"I have a dream that my four little children will one day live in a nation where they will not be judged by the color of their skin, but by the content of their character." – Martin Luther King, Jr.

Mr. President, in honor of Martin Luther King, Jr. and all who commit to ending any racial divide, no more playing the race card.

Being fact-challenged, Palin didn't specify what set her off. But we do know President Obama is quoted for a January 27 profile in The New Yorker as stating

There’s no doubt that there’s some folks who just really dislike me because they don’t like the idea of a black President,  Now, the flip side of it is there are some black folks and maybe some white folks who really like me and give me the benefit of the doubt precisely because I’m a black President...

It is especially likely the ex- half term governor was exorcised about this remark precisely because it is, clearly, accurate.  And balanced- in fact, fair and balanced.

Unwilling to face reality, many conservatives desperately want to be seen as color-blind, either as a cover for extremist, retrograde policies which disproportionately harm minorities or because they actually see color-blindness as a virtue.  Are they trying to deceive the electorate- or do they really believe it themselves?  If the latter, they should heed Ian Haney-Lopez, author of "Dog Whistle Politics: How Coded Racial Appeals Have Reinvented Racism and Wrecked the Middle Class," who writes

“Is your baby racist?” The question blared from the cover of Newsweek Magazine in September 2009, eight months after the inauguration of the nation’s first black president. The accompanying story reported on several recent studies showing that young children not only notice race, they repeat painful stereotypes. In one study, a researcher recruited roughly 100 families from Austin, Texas; all of the families were white, with children between the ages of five and seven. When the children were asked how many white people were “mean,” they commonly answered “almost none.” But when asked how many blacks were mean, many answered “some” or “a lot.” The thrust of the article seemed to be that children possess racial biases.

However eye-catching the title, though, it pointed in the wrong direction—at infants and little children rather than adults. The core of the article focused on parenting strategies, and especially on the desire to raise children to be colorblind—to be blind to race. The parents were not teaching their children to be bigots. Instead, they were doing their utmost to teach their children to reject racism by studiously ignoring race. Yet, even in a liberal bastion like Austin, it wasn’t working.

Today the dominant etiquette around race is colorblindness. It has a strong moral appeal, for it laudably envisions an ideal world in which race is no longer relevant to how we perceive or treat each other. It also has an intuitive practical appeal: to get beyond race, colorblindness urges, the best strategy is to immediately stop recognizing and talking about race. But it is especially as a strategy that colorblindness fails its liberal adherents. We cannot will ourselves to un-see something that we’ve already seen. In turn, refusing to talk about a powerful social reality doesn’t make that reality go away, but it does leave confused thinking unchallenged, in ourselves and in others. The Austin children exemplify this. Differences in race—including physical variation and its connection to social position—resemble differences in gender: they are plainly visible to new minds eager to make sense of the world around them. When unexplained, however, children (and our unconscious minds) are left susceptible to the power of stereotypes. As the Newsweek authors conclude, “children see racial differences as much as they see the difference between pink and blue— but we tell kids that ‘pink’ means for girls and ‘blue’ is for boys. ‘White’ and ‘black’ are mysteries we leave them to figure out on their own.”

An effort, then, to block out race from our consciousness- to pretend it doesn't exist- can help implant notions of inherent racial superiority,  the classic, and accurate, definition of racism.  (Stephen Colbert, sarcastically: "I don't see race.)  To acknowledge race as a factor is not to play "the race card."

I think it’s important for progressives not to dismiss out of hand arguments against my presidency or the Democratic Party or Bill Clinton or anybody just because there’s some overlap between those criticisms and the criticisms that traditionally were directed against those who were trying to bring about greater equality for African-Americans.

The hits keep on coming: Barack Obama as Kenyan or Muslim or, even more absurdly, a socialist. Add to it the charge that he is a racist or prone to playing the race card. 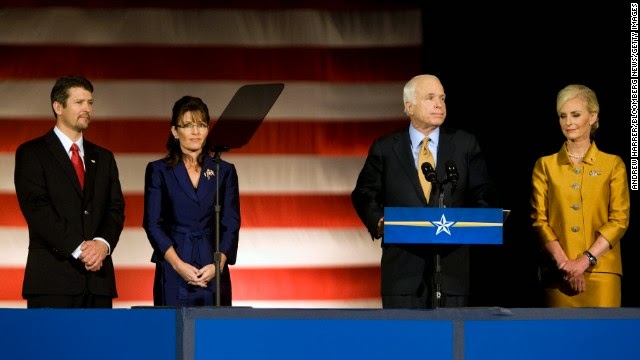